The New York City Police Department is asking for the public’s assistance in ascertaining the whereabouts of the eight unidentified males, who are seen in the attached surveillance photographs and video clip, who are sought for questioning in connection with an assault, which took place within the confines of the 44th Precinct in the Bronx.

The eight unidentified males attempted to make a forced entry, and Victim #1 suffered a laceration above his right eye.

Victim #1 was transported by EMS to Lincoln Hospital in stable condition. 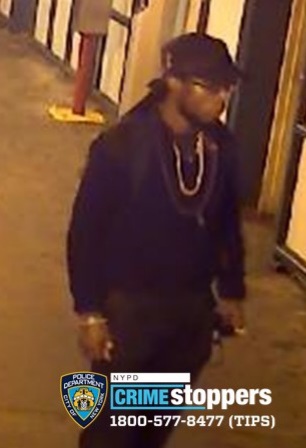