Mayor Bill de Blasio today announced the launch of the City’s fifth annual fall “Dusk & Darkness” campaign, reminding motorists how dangerous fall and winter evenings are for pedestrians and cyclists, especially after clocks “fall back” for the end of Daylight Saving Time this Sunday.

Department of Transportation Commissioner Polly Trottenberg was joined by NYPD and TLC officials to also announce similar education and enforcement efforts will take place around new state laws that also take effect on Sunday. The new laws require all motor vehicle passengers to wear seat belts, including for the first time adults riding in the back seat, including inside cabs and for-hire vehicles.

Both campaigns are part of the “Vision Zero” initiative, aimed to shift driver behavior and decrease traffic deaths and injuries in the time of year when they have historically increased.

“Buckle up, look out for pedestrians and cyclists, and drive carefully,” said Mayor de Blasio. “Motorists have a responsibility to keep their fellow New Yorkers safe, and we are going to continue building on “Vision Zero” to finish this year strong.”

“”Dusk & Darkness” has illustrated the very best of what New York City has done around Vision Zero, as it has fundamentally changed the way we approach education and enforcement during a season that is traditionally the most dangerous on our streets for pedestrians,” said DOT Commissioner Polly Trottenberg. “Today, we are not only getting out the word to drivers about the dangers of earlier sunsets, we are joining our agency partners at NYPD and TLC to remind them about the new life-saving seat-belt law that takes effect this coming weekend.”

“The New York City Police Department remains committed to the mission of ensuring the safety and security of everyone who travels throughout our city. As we enter the fall and winter months, our officers in every neighborhood are continuing to focus on protecting safe passage for all of our pedestrians, bicyclists, seniors and children, for they are truly our most vulnerable road users,” said NYPD Deputy Chief Michael Pilecki.

“Driving carefully can save a life,” said TLC Commissioner and Chair Aloysee Heredia Jarmoszuk. “As darkness falls earlier this time of year, we ask our professionally licensed Drivers to please continue to be the best – do not speed, make slow turns and always stay alert for pedestrians and cyclists.”

Dusk & Darkness: Before the first “Dusk & Darkness” campaign launched in October 2016, DOT had conducted close analyses of year-over-year crash trends. Statistics from 2010-2014 showed that serious collisions involving pedestrians increase by approximately 40 percent in darker early evenings in late fall and winter. Additionally, lower visibility during the dark hours of the colder months leads to twice as many crashes involving turns.

The “Dusk & Darkness” campaign is also designed to protect the increasing number of cyclists on New York City’s streets. In 2020, cycling has grown more popular for both transportation and recreation. (Ridership between May and September 2020 has increased 27 percent compared to the same time period last year, with over one million more bike trips taken so far this year.) With more cyclists on the roads and visibility decreasing during the fall and winter months, the City urges drivers to look carefully for pedestrians and cyclists.

To illustrate the importance of rear seat belts, Commissioner Trottenberg cited a deadly crash earlier this month in Queens. In that October 6th incident, three victims, all between the ages of 19-21 and none wearing seat belts, were killed when the driver of a Nissan Altima in which they were passengers lost control when traveling at a high speed in the early morning along Conduit Boulevard.

“Passengers often have a false sense of security in taxis, but even minor fender-benders can cause serious injury because passengers are thrown headfirst into the plastic partition meant to protect drivers,” said State Senator Brad Holyman. “Studies show that wearing a seatbelt in the back seat of a car can reduce crash fatalities by as much as 60 percent. Seatbelts save lives, but so do seatbelt laws. I was honored to pass legislation this year requiring passengers in the back seats of taxis and livery vehicles to wear seatbelts, and I am grateful that New York City’s “Vision Zero” agencies will be embarking on a public campaign to ensure that all passengers know their legal responsibility to buckle up. Thanks to Commissioner Trottenberg, the TLC, and the NYPD for their work on this and the Dusk to Darkness campaign.”

“Since—to the dismay of many—we are not extending Daylight Saving, it is critical that we prepare for one of the most dangerous times of the year on our streets,” said City Council Member Keith Powers. “With more cars occupying our streets, 2020 has seen an uptick in crashes and tragic fatalities. I am glad that DOT’s “Dusk & Darkness” campaign is working to address the dangers that come with the season and keep New Yorkers safe on our streets.”

“Traffic fatalities have risen dramatically in recent months, and we know that the end of Daylight Saving Time typically brings an increase in crashes. We thank the Department of Transportation for making safety for pedestrians and cyclists a priority, and reminding drivers of their responsibility to those with whom they share the road,” said Transportation Alternatives Executive Director Danny Harris.

“As the evenings get darker earlier, it is important for cyclists to make sure they use flashing front and rear lights, wear brightly colored reflective clothing and use reflective tape on their bikes and helmets,” said Ken Podziba, President and CEO of Bike New York. “On behalf of Bike New York, I wouldd like to thank Mayor de Blasio and Commissioner Trottenberg for once again launching the citywide Dusk and Darkness campaign that heightens awareness of the increased risks to pedestrians and cyclists during the fall and winter months.”

“This new law is a welcome change, as unbelted rear seat belt passengers in a vehicle crash are two times more likely to be killed, eight times more likely to be seriously injured, and two times more likely to kill a front seat occupant by becoming a projectile,” said John Corlett, Legislative Committee Chairperson for AAA New York State. “Tragically, in New York State, over the last decade, 289 people have been killed and 25,596 people have been injured, while unrestrained in the back seat of a vehicle. It is a common misconception by many adults that they do not have to wear their seat belt in the backseat because it is safer.”

“When streets are safer, families feel more comfortable walking and biking. The Dusk and Darkness campaign will help increase street safety and calm traffic. Initiatives like these help slash emissions from cars and improve air quality by giving people safe alternatives to driving. Thank you to DOT Commissioner Trottenberg for her leadership,” said Julie Tighe, President of the New York League of Conservation Voters.

“The City must do everything in its power to end traffic violence, so we thank the Department of Transportation for their emphasis on preventing crashes and saving lives during this especially dangerous time of year,” said Debbie Kahn, founding member of Families for Safe Streets. “Our streets provide little room for error, so we have to continue to remind drivers of the enormous responsibility they have.” 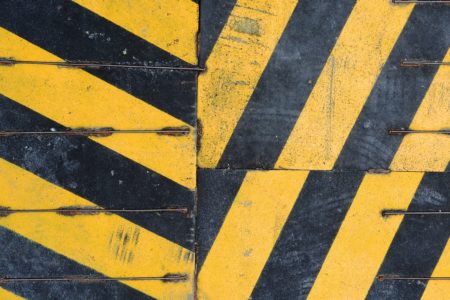 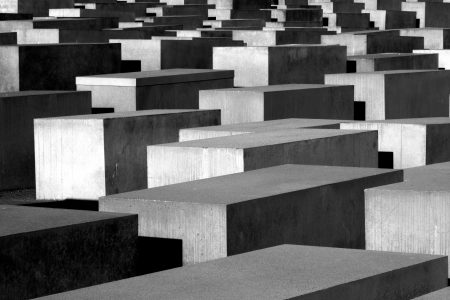