In 2005, during a visit to the South Bronx in New York City, Venezuelan President Hugo Chavez made a lofty promise to help active community members cope with local issues.

A half-decade and a few million dollars later, Chavez’s promise has become a reality and residents from the community are reaping the benefits.

The program, which officially took off in 2007, is controlled by CITGO Petroleum Corporation, the Houston-based subsidiary of Venezuela’s national oil company. With a three-year agreement to provide $1 million annually, CITGO’s profits have now funded numerous social projects in what is one of the poorest congressional districts in the United States.

With over 500,000 residents and around 50% living in poverty, no one expected the modest $1 million would generate an economic recovery. However, for many start-up organizations and small nonprofits, the funds have been a vital resource especially during the economic slump.

Petro-Bronx, a coalition of resident volunteers, decides through consensus how the money will be divided annually based on proposals submitted by various groups around the South Bronx.

The groups funded are a majority community-based and built as a response to what they argue has been a decades long recession in the South Bronx. From worker-run and food cooperatives to environmental justice and women of color collectives, many of the groups are also creating new democratic alternatives in an area that has received little attention from the city.

The South Bronx and its People

“We have people with chronic problems in the world’s wealthiest country. Considering all the wealth and resources which are present to solve these issues, this should not exist,” said Felix Leo Campos, an active community member and loyal Petro-Bronx representative.

Despite high unemployment and poverty, however, the South Bronx has become a hotbed of community involvement. “This is very much an activist community. If there is something that the South Bronx community members think is unjust or unfair, they will organize and attack that issue,” Sonia Pichardo told me from the Green Worker’s Cooperative warehouse.

Pichardo, like many of the activists from around the South Bronx are optimistic about the future of the area. Unlike many other low-income communities near Manhattan, the South Bronx has not faced high levels of displacement and many of the grassroots organizations are fighting to keep it that way.

One of these organizations is Green Worker’s Cooperative, which is part of a movement to create a self-sustaining community through worker ownership and environmentally friendly jobs.

In one of its programs, the Rebuilder’s Source, workers rescue surplus building materials that would otherwise get thrown into landfills. Jobs are then created by those willing to rebuild the materials and resources are brought into the community without creating waste.

Smaller organizations such as For a Better Bronx rely heavily on CITGO. According to co-founder Jaime Rivera, some 75% of the budget comes from the funds they receive through Petro-Bronx.

With only two full-time staff members, For A Better Bronx is able to run a youth collective that focuses on empowering young residents through activism and direct-action. Additionally, they lead campaigns against pollution and teach households to grow their own produce.

“We depend a lot on Petro Bronx and CITGO to understand our more radical concepts,” said Rivera. “We don’t have professional grant writers. [The agreement] allows groups like ours to get the funding we need.”

Another group funded by CITGO, the South Bronx Food Coop, sells organic goods and locally grown produce in its store. Furthermore, it has been an important education tool in mobilizing community members to become more active in their own health and in fighting diabetes and obesity.

In the 90’s, the CITGO-funded group, Mother’s on the Move began fighting for better schools and later expanded to issues of housing and environmental justice. Since then, they have been extremely active in campaigns opposing the pollution that according to surveys has caused the South Bronx to have the highest rates of asthma in the US.

North Star Fund, a New York City-based community foundation administers the transfer of funds directly from CITGO to the various organizations. However, the actual decision-making is left to Petro-Bronx.

The Petro-Bronx assembly meets on a monthly basis and is open to community members and representatives from groups interested in applying for grants. A smaller team of committed volunteers then takes part in sight visits and scores project ideas based on grant proposals.

From there the proposals are voted on and North Star Fund sends out the money. CITGO and the North Star Fund have little say in the direction of the money and any decisions made by CITGO are first discussed with the Petro-Bronx coalition.

While over 20 organizations have been funded with the help of Petro-Bronx, other South Bronx-based groups have received one-time grants directly from CITGO.

A Political Tool for Chavez?

The agreement with CITGO has received criticism both inside Venezuela and the United States. Some politicians are skeptical of Chavez’s interest in funding US-based organizations and Venezuelan opposition members are angry that money is being spent in a country much wealthier than there own.

Additionally, the largely popular South Bronx, New York State Congressman, José E. Serrano, has been criticized for supporting the Chavez initiative. As a result he has had to defend the South Bronx-CITGO relationship on numerous occasions. In a report from 2007, during the commencement of the grant program, he said:

“If CITGO wants to score points with my community by funding good organizations and important projects, then we would be foolish to reject their generosity. I’d be happy to have any other corporations come here and score all the political points they can afford,”

Omar Freilla, founder of Green Worker’s Cooperative said, “The reality is that you have a company that is distributing funds to the country that it is operating in. It’s a pretty common practice.”

While philanthropy is customary among corporations, Rivera believes the relationship goes beyond that, “I think [Chavez’s] intentions were to connect to the community and the people. The money isn’t supporting electoral campaigns or going to Wall Street, it is putting funds in our community that we have identified we need.”

In addition, the relationship between Venezuela and the South Bronx extends beyond the annual grants. In 2005, a letter was written from a dozen US-Senators asking 10 of the largest oil companies to use their record profits to help low-income families pay for home heating oil. CITGO was the only corporation to respond to the call.

Since then thousands of residents in the South Bronx have received a 40% reduction in home heating oil prices during the winter. The deal, which now extends to hundreds of thousands of households, shelters and Native American tribes around the country annually, has earned CITGO a lot of publicity.

With the success of the heating-oil and the South Bronx grant program, the Petro-Bronx team is in the process of setting up plans to travel to Venezuela. Their plan is to meet with similar community-based organizations in Caracas and personally thank Chavez for his support.

As the program nears the end of its third year and the final installment of the three-year agreement, it is still unclear if CITGO will continue sending money. However, Rivera and the others are confident in the program’s continuation. They hope that as a result of its past success it will grow in the years to come and further empower the South Bronx community. 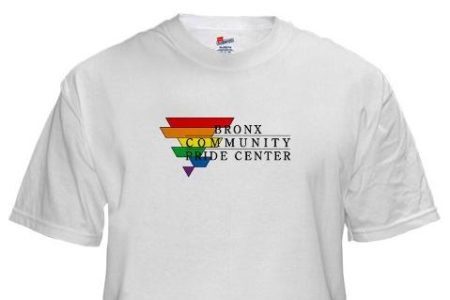 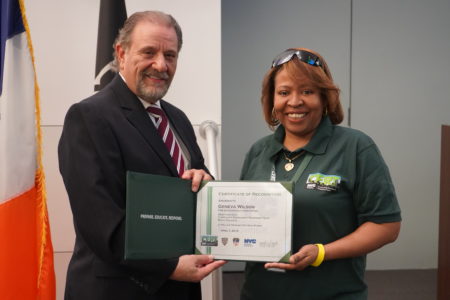