During Garifuna-American Heritage Month 2010, the City will celebrate the great contributions of Garifuna-Americans to the fabric of the Borough of the Bronx, and will pay tribute to the common culture and bonds of friendship that unite the United States and the Garifuna countries of origin.

The Garinagu are descendants of Carib, Arawak and African people. The British colonial administration used the term Black Carib to refer to the Garinagu to distinguish them from Yellow and Red Carib, the Amerindian population that did not intermarry with Africans. The Amerindians who had not intermarried with Africans are still living in the Lesser Antilles; Dominica, St. Vincent and The Grenadines, etc. In recent history, Garinagu have thrown off their British appellation and encourage others to refer to them as Garifuna (Garinagu-plural). The Garifuna population is estimated to be around 600,000 both in Central America, Yurumein (St. Vincent and The Grenadines) and The United States of America. The latter due to heavy migration from Central America, has become the second largest hub of Garinagu outside Central America. New York has the largest population heavily dominated by Hondurans, Guatemalans and Belizeans. Los Angeles ranks second with Belizean Garinagu being the most populous followed by Hondurans and Guatemalans. There is no information regarding Garinagu from Nicaragua having migrated to either the East or the West Coast of the United States. Nicaraguan Garinagu are very few and are in the process of relearning the Garifuna language and reacquiring the different cultural aspects like dancing and drumming.

One of the earliest accounts of the ancestors of the Garinagu comes from the Frenchman Père Raymond Breton. Living on the island of Saint Vincent in the 1630s, he recorded the Black Caribs’ story of their migration from South America’s Orinoco region. According to legend, these Arawak speaking people of the Orinoco came to St. Vincent long before the arrival of Europeans to the New World. They lived for a long time in peace and tranquility until one day the island was attacked by a group of Carib men from the mainland. The Carib men slaughtered all the Arawak men and took the women as slave-wives. At some point, two West African slave carrying ships on their way to the Americas arrived on the island and were successfully integrated into the population, adding an African element to the culture.

When the British took over Saint Vincent after the Treaty of Paris in 1763, they were opposed by French settlers and their Carib allies. After a series of Carib Wars which were encouraged and supported by the French and the death of their leader Satuye (Chatoyer), the Carib eventually surrendered to the British in 1796. The Black Caribs were considered enemies and were deported to Roatán, an island off the coast of Honduras. The British separated the more African-looking Caribs from the more Amerindian looking ones. They decided that the former were enemies who had to be deported, while the latter were merely “misled” and were allowed to remain. Five thousand Black Caribs were deported, but only about 2,500 of them survived the voyage to Roatán. Because the island was too small and infertile to support their population, the Garinagu petitioned the Spanish authorities to be allowed to settle on the mainland. The Spanish employed them as soldiers, and they spread along the Caribbean coast of Central America.

Garifuna is an Arawakan language spoken in Honduras, Belize, Guatemala and Nicaragua by the Garifuna people.Their language is primarily derived from Arawak and Carib, with English, French and Spanish to a lesser degree. One interesting feature of Garifuna is a vocabulary split between terms used only by men and terms used only by women. This does not however affect the entire vocabulary but when it does, the terms used by men generally come from Carib and those used by women come from Arawak.

Almost all Garifuna are bilingual or polylingual, speaking the official languages of the countries they inhabit such as Spanish, Kriol and English most commonly as a first language.

Today, the majority of Garifuna are officially Catholic. However, it is syncretized with traditional beliefs held well before their conversion to the Catholic faith. A shaman known as a buyei is the head of all Garifuna traditional practices. Mystical practices and participation in the Dugu orders are also widespread among Garifuna. There is also a Rasta minority, primarily living in Dangriga, Belize City, Belize, and in Livingston, Guatemala.

In 2001 UNESCO proclaimed the language, dance and music of the Garinagu as a Masterpiece of the Oral and Intangible Heritage of Humanity in Nicaragua, Honduras, and Belize. In 2005 the First Garífuna Summit was held in Corn Island, Nicaragua with the participation of the government of other Central American countries.

There is a wide variety of Garifuna dishes, including the more commonly known ereba (cassava bread) made from grated cassava or manioc. This is done in an ancient and time-consuming process involving a long, snake-like woven basket (ruguma) which strains the cassava of its juice. It is then dried overnight and later sieved through flat rounded baskets (hibise) to form flour that is baked into pancakes on a large iron griddle. Ereba is fondly eaten with fish, hudutu (pounded plantains) or alone with gravy (lasusu). Others include: bundiga (a plantain lasusu), mazapan, and bimacacule (sticky sweet rice). 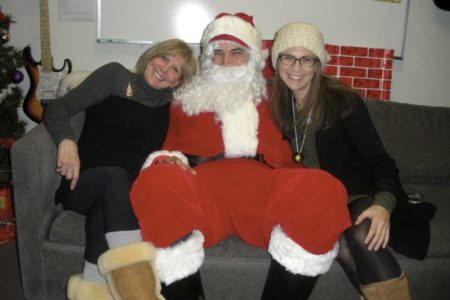