Preet Bharara, the United States Attorney for the Southern District of New York, George Venizelos, the Special Agent-in-Charge of the New York Office of the Federal Bureau of Investigation (“FBI”), and Raymond W. Kelly, the Police Commissioner of the City of New York, announced that Rasheed Davis, of the Bronx, New York, was arrested yesterday on charges of sex trafficking of a 16-year-old girl (“Victim-1”).

Davis recruited Victim-1 to engage in multiple commercial sex acts that he arranged and, on at least one occasion, threatened and assaulted Victim-1 to force her to participate in such acts. Davis was arrested by the New York City Police Department (“NYPD”) on May 6, 2010, in Bronx. He is expected to be presented later today in Manhattan federal court.

According to the criminal Complaint filed today in Manhattan federal court:

On May 5, 2010, Davis sent Victim-1 one or more text messages, in which Davis told Victim-1, in sum and substance, that Davis wanted Victim-1 to engage in a commercial sex act that night with a third party who would pay $300 in cash (“Client-1”). Victim-1 refused, at which time Davis sent threatening and intimidating text messages to Victim-1.

Victim-1 was paid $300 in cash by Client-1, and Victim-1 turned the cash over to Davis. Davis drove Victim-1 back to Bronx in the early morning of May 6, 2010. Meanwhile, during the evening of May 5, 2010, and into the morning of May 6, 2010, Victim-1 sent text messages to a relative in an effort to get help. Davis was subsequently arrested in his car by the NYPD as he was driving with Victim-1 in Bronx. At the time of Davis’s arrest, Davis had in his possession the name and address of Hotel-1 and a hotel room number. Following Davis’s arrest, law enforcement officers searched DAVIS’s car and found, among other things, approximately $300 in cash.

On May 6, 2010, Client-1 was arrested by the Town of Ramapo Police Department. Following his arrest, Client-1 was advised of his Miranda rights, voluntarily waived those rights, and agreed to speak with law enforcement officers. Among other things, Client-1 stated, in sum and substance, that he had taken a car service from Newark International Airport in Newark, New Jersey, to Hotel-1, where he met with a female, who law enforcement officers identified as Victim-1. Client-1 also stated that, after engaging in sex acts with Victim-1, Client-1 paid Victim-1 $300 in cash.

Davis, 36, is charged with one count of sex trafficking involving a minor through the use of force, fraud, or coercion. If convicted, he faces a mandatory minimum sentence of 15 years in prison, a maximum sentence of life in prison, and a maximum fine of $250,000, or twice the gross gain or loss from the offense.

Mr. Bharara praised the work of the FBI and the NYPD. Mr. Bharara also thanked the Town of Ramapo Police Department and the Office of the District Attorney for Bronx County for their assistance. Mr. Bharara added that the investigation is continuing.

U.S. Attorney Preet Bharara stated: “Rasheed Davis allegedly lured a vulnerable, 16-year-old girl into the sex trade, and drugged and beat her into having sex for money. Sex trafficking is a brutal crime that, sadly, seems to be on the rise in this country. The Southern District of New York is committed to working with our partners at the FBI and NYPD to stop the shameless sexual exploitation of young girls and women.”

Special Agent-in-Charge George Venizelos said: “Sex trafficking of a minor is a crime of such depravity that the potential sentence is life. The FBI’s commitment to the protection of children is commensurate with the seriousness of the offense.”

New York City Police Commissioner Raymond W. Kelly: “I want to commend the U.S. Attorney and his Assistants for swiftly prosecuting this allegation of child exploitation. Regrettably, it’s a scourge that law enforcement encounters more than it should have to.”

This case is being prosecuted by the Complex Frauds Unit. Assistant United States Attorney Amanda Kramer is in charge of the prosecution.

The charges in the criminal Complaint are merely accusations, and the defendant is presumed innocent unless and until proven guilty. 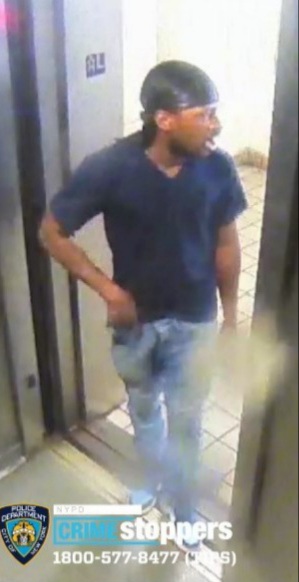