Juan Vivares, 29, was detained on Tuesday morning after reporting to a check-in at the offices for Immigration and Customs Enforcement.

A spokeswoman for ICE confirmed that Vivares was in custody.

“Juan Vivares-Mazo has exhausted all administrative options and has received a final order of removal from an immigration judge,” Rachael Yong Yow said in the emailed statement. “He is currently in ICE custody pending removal from the United States.”

Vivares was recently featured in a New York Times article about undocumented migrants facing deportation orders. The Times reported that Vivares, whose full name was not used in the newspaper’s initial piece, was ordered to report for deportation on Tuesday at 8 a.m. Vivares was taken into custody Tuesday morning after he arrived at the ICE offices in lower Manhattan, according to his wife and his attorney.

“I would feel like an animal if I stay here and hide,” Vivares told the Times in early March, before he was detained. “I want to prove that I can follow the laws. I want to make my case at this meeting, but I know that if I go, they’re going to deport me.”

Vivares fled Columbia in 2011 to escape political violence, according to a statement from his union. He works in New York City as an electrician and is a father to a young son.

Burgos said on Tuesday that the immigration agent who took her husband into custody “didn’t allow for us to explain our case — she didn’t allow us to talk and inform her how we pay taxes, what kind of person Juan is.”

Vivares’s lawyer told the Times that she had asked authorities to delay his deportation.

ICE agents have detained dozens of immigrants in New York City in recent months in the apparent implementation of President Donald Trump’s hardline immigration policies. On the campaign trail, Trump repeatedly called for the deportation of millions of undocumented migrants. 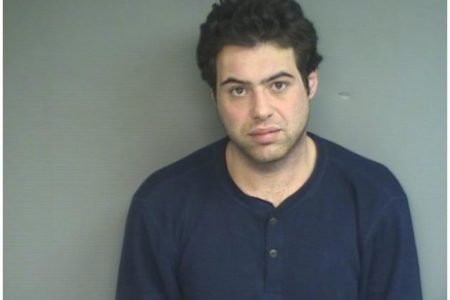