The task force, which was first announced during Borough President Diaz’s “State of the Borough” address several weeks ago, will be charged with examining the Armory and discussing ideas for its future utilization, such as manufacturing, green development, recreation, and other innovative uses.

“A retail mall was not the best use for this space, given the traffic issues and its proximity to the Fordham Road shopping district. My critics have challenged me to come up with something better for the Kingsbridge Armory, and I am prepared to answer that call. There are a number of different options besides retail that could eventually make their home in the armory, be it the expansion of the film industry, arts and recreation space, green manufacturing, or a combination of these and many other uses. This task force will examine those ideas and others, expand on the best of them and develop a report that we will use to help the City craft a new RFP for this iconic structure,” said Borough President Diaz.

“I eagerly look forward to working closely with this distinguished panel to find a viable, successful solution to the development of the Kingsbridge Armory. The Armory represents a great opportunity for the people of my district who not only want to see the Armory developed, but need it to be. It’s time for us to look at this from every angle, and I see the Armory Task Force as the ideal body to gather the resources necessary to carry this out,” said City Council Member Fernando Cabrera.

Over the next several months, the task force will meet to discuss different ideas for the redevelopment of the Kingsbridge Armory. Following those meetings, the task force will issue an extensive report outlining recommendations for the future of the site which could be used to develop a new RFP for the building.

The Kingsbridge Armory, also known as the Eighth Regiment Armory, was built between 1912 and 1917 and includes an 180,000 square foot drill hall and an 800-seat auditorium. The armory is a nine-story redbrick castle-like building that covers an entire block from Kingsbridge Road and 195th Street to Reservoir and Jerome Avenues. 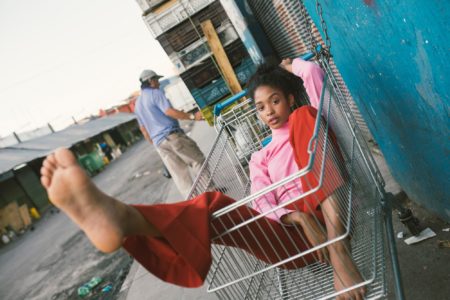