Mayor de Blasio highlighted findings from a landmark Department of Transportation (DOT) report on the City’s speed camera program today as he urged State leaders to allow New York City to operate the cameras 24 hours a day. The DOT’s annual Automated Speed Enforcement Program report, which covers data from the speed camera program’s inception in 2014 through December 2020, highlights its continued success at curbing speeding by over 70%. However, analysis of 2020 fatalities showed that nearly 30% of all fatalities occur in speed camera zones during the hours they are not allowed to operate: overnight and on weekends.

“Speed cameras are an essential tool to fight back against dangerous driving, and state law should not force New York City to keep our city safe only some of the time,” said Mayor Bill de Blasio. “We are proud to have one of the biggest speed camera programs in the world, and it is time for Albany to let us operate them 24 hours a day. Anything less is unfair to everyone else who uses our streets.”

Legislation sponsored by Senator Gounardes and Assembly Member Deborah Glick, S5602/A6681, would allow speed camera operation 24 hours, 7 day a week, and allows for escalating fines with subsequent notices of liability for drivers who are repeat violators. New York City calls for the enactment of this legislation.

“While 2020 brought its own set of challenges with CoViD-19, it also brought a second epidemic of reckless driving,” said DOT Commissioner Hank Gutman. “We know our speed camera program works to deter speeding, but we can do more. Nearly one-third of last year’s traffic fatalities occurred in school zones when cameras were not allowed to operate, so we continue to call on the state legislature to allow our cameras to operate 24/7 and for stronger consequences for dangerous drivers.”

In 2019, NYC DOT received State authorization to expand its speed camera program and operate cameras in 750 school speed zones, on all weekdays between 06:00 am.m and 10:00 p.m., and at any location within a quarter-mile radius of the school building. As outlined in this year’s report, speeding at fixed camera locations had dropped, on average, 72% as of December 2020. The program currently has 1,647 cameras in all 750 school speed zones. DOT will install an average of 60 new cameras per month, with the aim of reaching a total of 2,220 cameras in 2022.

Excessive speed is one of the leading factors in serious crashes in New York City. The faster a vehicle is traveling, the more time and space a driver needs to react to circumstances to prevent a crash. Speeding also worsens the damage caused upon impact when a collision happens – a pedestrian who is struck by a vehicle traveling at 30 MPH is twice as likely to be killed as a pedestrian struck by a vehicle traveling at 25 MPH.

Highlights from this year’s report include:

Since the speed camera program began, just under half of vehicles receiving a NOL have not received a second. In 2020, 52% of vehicles received only one violation, even as the number of cameras increased due to the program’s expansion.

“Speed cameras save lives – plain and simple. The findings of this report prove once again that 24-hour speed cameras are a necessity for safer, more accountable streets for New Yorkers—especially our children. I urge the State to take this data to heart and allow New York operate speed cameras 24 hours a day,” said Comptroller Scott Stringer.

“The epidemic of speeding throughout our city has led to serious crashes and fatalities, which are entirely preventable with the proper enforcement measures in place,” said Senator Andrew Gounardes. “That’s why I’m proud to have introduced S5602, which would expand our speed violation monitoring systems in order to allow cameras to operate 24/7 so that we can hold drivers who are repeat violators accountable. This report demonstrates not only that automated speed enforcement works, but that it must be expanded further through this legislation in order for us to reach Vision Zero and avoid the tragedies that reckless driving causes.”

“NYC’s speed cameras are turned off during nights and weekends — that’s when the speeding and drag racing occurs. We need to turn the cameras on 24/7. I appreciate Mayor de Blasio’s support in our efforts to get Senator Gounardes and Assemblymember Glick’s legislation passed to make this happen,” said Senator Brad Hoylman.

“As a cosponsor of NYS bill S.5602, I fully support State authorization to NYC to expand its speed camera program and operate them at any time in the school speed zones that have been identified as an area of concern for illegal speed racing. I recognize the successes of the NYC school zone speed camera program, and therefore we should eliminate the restriction on hours of operation on weekdays. Our speed camera program works to deter speeding, so we will continue to work at the state level to allow city cameras to operate 24/7 and for stronger penalties for Speeding motorists who continue to put schoolchildren in unnecessary danger in New York City,” said Senator Robert Jackson.

“It makes little sense to restrict the times in which New Yorkers are protected from the hazards of speeding drivers. I look forward to working with Senator Gounardes, Assemblymember Glick, and our colleagues in the legislature to authorize speed cameras 24/7, and I thank Mayor de Blasio and Commissioner Gutman for their efforts in raising awareness of this important issue,” said Senator Brian Kavanagh.

“As a child, I was struck by a car while walking across a street and seriously injured. Countless others have been victims of a similar, or worse, fate. I believe it is our responsibility to do everything we can to prevent traffic accidents from occurring, and in this case, the Sen. Gounardes / Assemblymember Glick bill which extends the time speed cameras can operate to include nights and weekends, will serve that purpose. We must act now to prevent avoidable accidents and fatalities in our streets. I thank the Mayor for recognizing this and supporting the legislation introduced by my colleagues. I am proud to co-sponsor this bill,” said Assembly Member Rodneyse Bichotte-Hermelyn.

“Speed cameras save lives. I strongly support expanding our speed camera program to operate 24/7. Our city doesn’t stop moving outside of school hours, and our enforcement system shouldn’t stop either. I am a proud co-sponsor of the legislation from Assembly Member Glick and State Senator Gounardes to enact this change, and we must continue to combat traffic fatalities from every possible angle,” said Assembly Member Jeffrey Dinowitz.

“It’s no surprise that speed cameras work best when they’re turned on. A6681, which I proudly co-sponsor, provides a commonsense way to deter speeding by removing restrictions on the hours speed cameras are allowed to operate. I look forward to the City’s continued partnership with the state legislature to protect New Yorkers from avoidable tragedies related to speeding,” said Assembly Member Harvey Epstein.

“The importance of expanding speed camera operation to 24/7 is vital to improving safety on New York City streets. This is a proven strategy for identifying speeders and reducing recidivism. I’m proud to have sponsored the initial program, and I see this update in my bill A.6681 as the logical progression of our efforts to protect New Yorkers,” said Assembly Member Deborah Glick.

“The completion of this report by Department of Transportation confirms what we know to be true: speed cameras reduce speeding and fatalities. In my Assembly district, we have suffered from the consequences of reckless driving when in 2012, Miguel Torres, an 11-year-old boy was killed when hit by a truck across the street from where I live. No family should ever have to suffer these losses” said Assembly Member Jessica González-Rojas. “That is why we must act. I’m a co-sponsor of legislation by my colleague, Assemblywoman Deborah Glick, and State Senator Andrew Gounardes that would allow for 24/7 speed cameras. I will be joining them in pushing for its passage and ask our colleagues to do the same. Our communities’ safety must be our priority.”

“We must do more to ensure that kids and the community are safe on city streets. DOT’s new report on the school speed camera program shows that the initiative drastically reduces speeding and injuries in those locations. The legislature must pass a lifesaving bill to expand the program and allow the City to activate the speed cameras 24/7 and increase penalties on dangerous drivers. We have seen far too many preventable car-related tragedies in Brooklyn neighborhoods and throughout the state. Thanks to the City, the bill sponsors Assemblymember Glick and Senator Gounardes, and the advocates for fighting for this common-sense street safety measure,” said Assembly Member Jo Anne Simon.

“Speed cameras save lives. Speed cameras protect our children, our neighbors, and our loved ones from speeding, and are proven to be much more effective than police enforcement. Speed cameras are also popular — with 78 percent of New York City voters supporting more speed cameras in school zones. We urge our elected officials in Albany to not only reauthorize the speed camera program next year, but to go further and allow them to operate 24/7, as well as pass the Crash Victim Rights and Safety Act which includes Sammy’s Law for the city to be able to set lower speed limits too,” said Danny Harris, Executive Director of Transportation Alternatives. 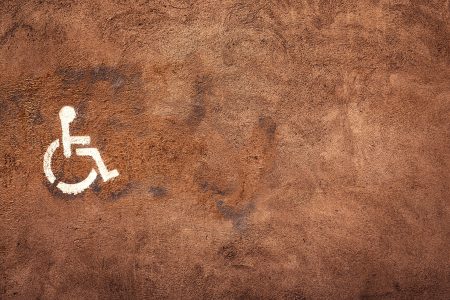 Reinstate The State Office Of The Advocate For People With Disabilities 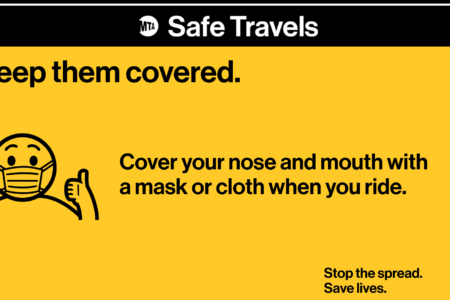