The Bronx is the go-to area for amazing nights out in New York and there are some great new places opening up to try.

Tourism in the area is up by a massive 14%, showing that Bronx is becoming the hottest area in New York for a night out.

From restaurants with delicious local food to bars with a unique selling point. You can even have a sophisticated night out at the casino.

Here are three new experiences that should be on your list if you are planning a night out.

Taste So Good (Make You Wanna Smack Your Mamma), opening up in Soundview on Lafayette Avenue is offering delicious, homestyle Caribbean-American cooking that will set your taste buds on fire. Think of your best cornbread, homemade mac ‘n’ cheese and of course jerk chicken, rice and peas. The restaurant is being opened by Bronx’s own pro skater Tyshawn Jones, together with his mother. It is a great success story, Tyshawn was named Thrasher’s skater of the year in 2018. He has used his income from skating to look after his family and is opening up Taste So Good at the tender age of 19.

Although Empire City Casino has been up and running for a while, the recent game changer is the sports betting law changes in New York. The U.S. Supreme Court made the rule changes back in May 2018 to ditch the federal ban against gambling on sports. All eyes are on the Empire this year, bringing in new sports betting, alongside their mainstream casino and Yonkers raceway betting. Do not forget to dress to impress for your casino night out!

Alexander Avenue is crammed with retail outlets and stores, but The Lit. Bar, opening in January 2019 is offering something completely different. Entrepreneur Noelle Santos has made a deal to rent a 2,300 square for premises for a unique bar that doubles as an independent bookshop – certainly delivering something that Amazon cannot offer. Santos is hiring staff locally within Bronx and giving plenty of space up in the store for local artists and authors. It is a real celebration of homegrown talent.

Bronx is such a vibrant and cultural area of New York. There are some great new restaurants, clubs, pubs and bars opening in 2019, bringing prosperity to the community. 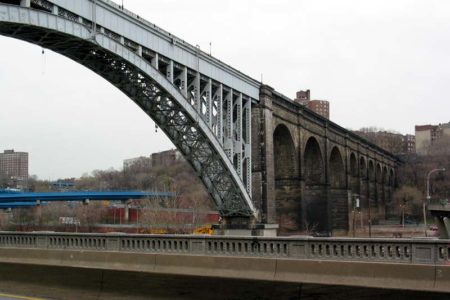 Highbridge Stands Up For Building A Better Community