The NYPD, the Department of Youth and Community Development, the city’s five district attorney’s offices and several city agency partners, community based organizations and foundations today announced the opening of 100 gyms across the city for free, high-quality sports programs for kids on Saturday nights.

The expansion of the “Saturday Night Lights” program is supported by a commitment of $5 million in baseline funding Mayor de Blasio included in the Fiscal Year 2022 “recovery budget.” It ensures that no indoor gyms will be closed on Saturday nights – the time that they are needed most by kids in city communities.

“This program, centered on enhancing youth development, is an exciting step forward for the NYPD and our partners in continuing to build trust and create opportunities for kids in neighborhoods throughout New York City,” said Police Commissioner Dermot Shea, who announced the expansion today at the Boys Club of New York at 321 E. 111th Street, in East Harlem.

“This has always been important – but it has never been more important than at this moment,” Commissioner Shea said.

The Saturday Night Lights program kicks off tomorrow, July 10, 2021 – and continues all year long. It features the opening of 100 sites across the city. Each Saturday, from 05:00 p.m. to 09:00 p.m., children from 11- to 18-years of age will be able to enjoy an array of indoor sports, including basketball, soccer, volleyball, dance, martial arts and more.

A key component of the program is bringing cops and kids together. Teams of Youth Coordination Officers from NYPD precincts will be at each of the 100 gymnasiums every Saturday night, helping to coach and participating with members of various Community Based Organizations to interact with young people and help make a lasting and positive impact in their lives.

Saturday Night Lights is a prime component of NYPD Kids First – a recently announced philosophy that builds on the Police Commissioner’s mission to take Neighborhood Policing to the next level through initiatives to protect and serve all New York City kids, prevent violence and connect with kids before any potential entanglements with the criminal justice system can occur or take root.

Using asset forfeiture funds, the NYPD has worked closely with NYCHA and community leaders to refurbish 15 broken down, outdoor basketball courts and to launch a new soccer pitch at the Colonel Charles Young Park in Harlem. The Saturday Night Lights expansion activates underutilized spaces by bringing exceptional athletic programs and activities – free of charge — to more neighborhoods where kids live and connecting them with high quality coaches and mentors.

The expansion builds on an initiative begun a decade ago by Manhattan District Attorney Cy Vance, Jr., with one gym in one neighborhood in Upper Manhattan. Under District Attorney Vance’s leadership, Saturday Night Lights grew to 20 gyms — 12 of them in Manhattan and eight spread throughout the city. Now, due to the expanding partnership behind this new initiative, Saturday Night Lights has blossomed to 100 gyms citywide.

The expanded program will be administered by the Department of Youth and Community Development and operated by various Community Based Organizations. In addition to the DYCD, the NYPD and the five district attorney’s offices, Saturday Night Lights features the involvement of key agency partners including the city’s Department of Education, the Parks Department, the New York City Housing Authority, the federal Drug Enforcement Administration, Homeland Security Investigations and the NY/NJ HIDTA as well as foundation partners including the New York City Police Foundation, the First Responders Children’s Foundation, the Mandela Foundation, Toys for Tots, Good 360, and Franklin Toys. 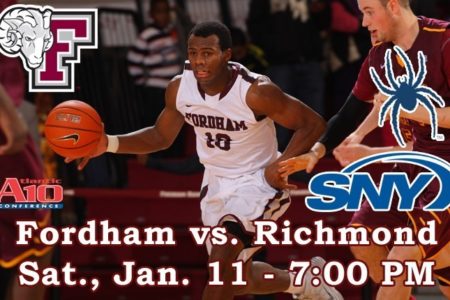