Even though we were born – more or less – at the same time, Rubén Díaz father and I have notable differences. But we also have many coincidences. However, in spite of thisfact, we do not share common spaces on social media.

Ruben is a successful politician. I am only a consumer, and a critic validated only by my status as a tax-payer, due to the fruit of my labor. He is Boricua, native of Bayamon, while I am Dominican from Macoris del Mar.

In the 70’s separated by some 48 hours by motorized boat, an equivalent to one week paddling a rowboat in the 1920’s, the trip we invested in had a suitcase full of the same hopes and with the same eagerness to live.

Ruben is a man of God, I am not so much. His passion is serving the divine interests of his parishioners. My scenario is a little bit more limited. Being a simple man of the world, I only seek the happiness of human beings in this earthly life. I do not venture out to look into the “beyond”, because I do not have the faith nor the posture of the Reverend. I have had no such luck.

However, I imagine we share other things. From pride for the great homeland, Africa, to the passion for family, the maternal home, and good manners. That intimate and filial heritage forces us and drives us to do nothing today, that would have embarrassed our ancestors of yester year.

Its what new sociologists today define as “the tenuous and unforgettable frontier, which separates men formed in the forge of family values, from those who grow and develop in the marginal limits of society”.

All this introit comes to mind because I want to make clear my relationship with Ruben Diaz father. I do not agree with all of his positions and approaches to the LGBT conglomerate, simply because I am not a practicing Christian as he is, let alone have a ministry.

I imagine that a good part of the members of the LGBT community, whether they be open or closeted, profess as Reverend Diaz does, to be Christians. That is not me, given that I may visit a church no more than two or three times a year. And, every year it is for different a different reason than the previous years. While there I pretend to hear a good sermon, that may simply bring comfort to my ideas, and that is it.

This is why, in light of this duality of criteria on Ruben’s position, I am compelled to express my opinion, related to the disagreement between the veteran politician, today a councilman, and some leaders of the NYC Council.

The first thing is that Díaz Sr. has not said anything that we New Yorkers do not already know, because certainly, the LGBT agenda has been the most significant and constant in political initiatives of this municipality. Only Ruben has fallen short and has fallen behind on the date of the LGBT collective empowerment.

The LGBT conglomerate has been empowered since the 80’s in one form or another, and we have supported their empowerment.

I, in particular, have never opposed their advancement. And, I do not object to their progress based on the treatment and the struggles they have endured as a marginalized minority. This is the result of a legitimate exercise in the struggles of gays for inclusion, civil rights and for the cessation of discrimination to which they have been subjected.

I am not homophobic, nor will I be, nor do I promote it among my family and friends. I have demonstrated this publicly through my written newspaper articles, twenty-one to be exact, and via New York radio and television programs, these are the actions I have taken.

However, when it comes to Ruben that is another matter. He is a practicing person of faith, the Christian faith and his position of Pastor with a ministry obligates him to be coherent, responsible, and respectful with his principles, congregation, and his constituents, the voters. He always has been, and for this, I support him and congratulate him.

Now the City Council is also another matter. Actually, the Council has not asked the Reverend to excuse himself, nor do I think they venture to such nonsense. The one who asked for his apology is Corey Johnson, the Council’s speaker and, this call has been backed by Mayor Bill De Blasio.

In order to “bring peace to the party,” his son Rubén Díaz Jr., also requested that his father apologize; Without a doubt, this is an error of survival of the young and talented president of Bronx.

We must remember that neither Councilman Johnson nor Mayor De Blasio can speak on behalf of the City Council without a decision authorizing them to do so. They only spoke in a personal capacity and the position they hold, as it should be. The Council has not deliberated on the Reverend’s comments regarding the power of homosexuals in NYC.

I think that Councilman Cory Johnson and Mayor De Blasio are extremely “sensitive” and should stop this matter right here. If this situation is escalated and this confrontation is maintained, the most damaged will not be the Reverend. The LGBT conglomerate will find itself on the losing end, which still needs the backing of the conscious citizens for their demands and struggles.

Remember that the struggle in favor of the rights of homosexuals, men and, women, has only achieved success when it has managed to integrate the heterosexual majority (94% of the population). The worst that the LGBT community can do is to skew their demands, making them look odious to the majority.

Rubén Díaz, far from offending homosexuals, recognized the degree of influence they have within the City Council. If the impasse ends in the courts, and I hope it does not happen, the Reverend has all the chance to win and as I said before, that would have unpleasant results for the struggles to come for the LGBT conglomerate.

We must stop this polemic now, and the best way is for Councilman Cory Johnson to extend an olive branch to the Reverend; and excuse himself, recognizing that he is being hypersensitive which is what generated this situation. Ruben surely would accept the gesture.

The Reverend does not have to apologize for anything, let alone resign his position, which is more legitimate than most of his colleagues.

How far will we support the demands of the LGBT collective? As far as the intrinsic rights of heterosexual majorities allow.

Re-editing the “medieval inquisition” today, against the Reverend Rubén Díaz, is not a role that corresponds to the LGBT group. 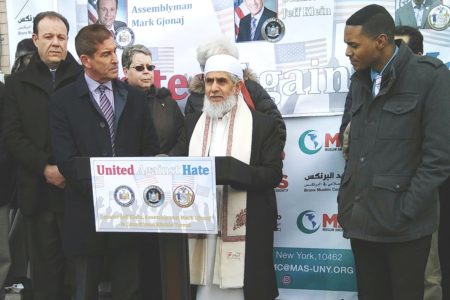 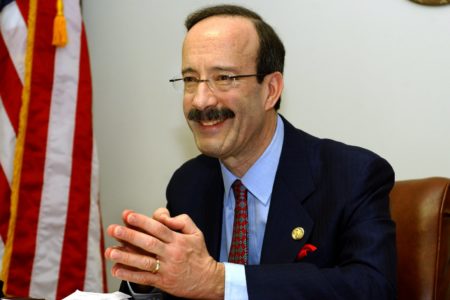