Three teenagers were caught on camera punching, kicking, and robbing a man of $10 in a residential building lobby around the intersection of East 169th Street and 3rd Avenue on Tuesday, cops say.

The incident was reported to police at about 2:40 a.m. According to officials, three individuals entered the building and approached the victim, 56, and began to punch and kick his face and body. The attacks then reportedly removed the victim’s wallet containing $10 cash. The attackers then fled. The victim refused medical attention,

The three individuals captured on surveillance cameras are believed to be about 17-years-old.

Police sources say that two suspects have been apprehended – one is 17-years-old and the other is 15. Two more individuals are still sought by police. 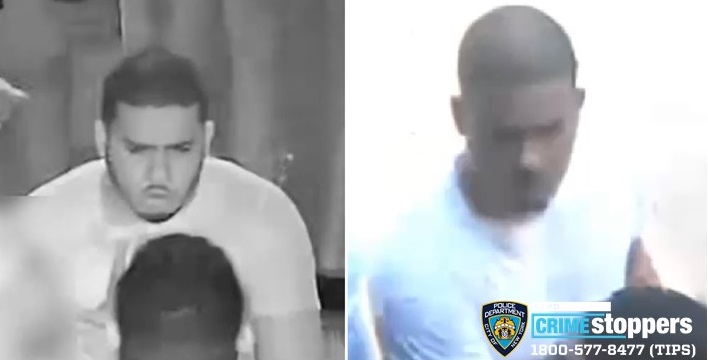