The NYPD is alerting the public to be on guard against scam phone calls from those who falsely claim to be from the Social Security Administration or a local, state or federal law enforcement agency.

The Department has released a new public awareness video to inform New Yorkers of this scam and to remind them to hang up the phone. Millions of dollars have been stolen by scammers who prey on victims by exploiting the trusted reputation of government agencies. In 2019 year-to-date, the NYPD has received over 200 complaints with losses totaling more than two million dollars related to social security scams. In 2018, the NYPD received only three similar complaints. New Yorkers of all ages, race and gender have fallen victim to this scam.

“Sophisticated phone scams use the trust victims have in their own governmental and law enforcement agencies against them. Victims of this type of phone scam are not limited to senior citizens-these criminals are targeting every strata of society and every demographic is vulnerable,” said Chief of Community Affairs Nilda Hofmann. “The NYPD is committed to working closely with our partners in the financial industries and will not rest until we bring those responsible for these crimes accountable. If you even suspect a call to be fraudulent, don’t take a chance, just hang up.”

How is this crime being committed?

Victims are contacted by the “Social Security Administration” and advised that their Social Security number has been used to open numerous accounts or is involved in some sort of drug trafficking or money laundering operation. To protect their money or to avoid being arrested, victims have to send various sums of money to help resolve the situation. The most common forms of payment requested are prepaid gift cards, Bitcoin and bank wire transfers.

In many of the cases, a person posing as a “Police Officer” or “Law Enforcement Official” will intimidate or threaten victims to gain compliance. Victims are told that they will be arrested and/or their assets will be frozen. Scammers have claimed to be NYPD, FBI, NYS Police, Texas PD and LAPD. Scammers employ technology called “spoofing” to manipulate caller IDs to display the number of the Social Security Administration, other official agencies, including NYPD Precincts, and in some cases the scammer uses the names of real officers assigned to those precincts.

The scammer will often stay on the phone with the victims while they are going into stores to make their gift card purchases and tell them not to let the store clerks know what is going on.  They even tell them stories to make up so they will not be refused purchase of gift cards.

How is the NYPD addressing this issue?

How should people protect themselves?

Individuals will never be contacted by the NYPD, Social Security Administration or any Law Enforcement Agency and be asked to submit money or information over the phone. If contacted by anyone claiming to represent any such agency and asking for money, New Yorkers should immediately hang up the phone.

For information about scams visit:
The Federal Trade Commission’s website at FTC.gov and the NYPD’s website at nyc.gov/nypd. Victims who have lost money in one of these scams are encouraged to file a report at their local precinct.

3 Web-Based Side Hustles You Should Consider 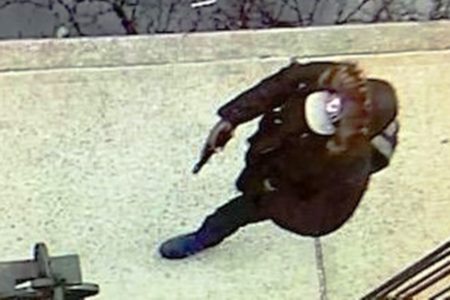