The New York City Police Department is asking the public’s assistance identifying the individual, depicted in the attached surveillance photograph, who is wanted in connection to an assault, that occurred within the confines of the 44th Precinct in the Bronx.

It was reported to police that on Thursday, March 10, 2022 at approximately 1900 hours, in front of 50 W. Mount Eden Avenue, a 76-year-old female victim was walking eastbound, when she was approached from behind by an unknown individual.

The individual forcibly squeezed her breasts and buttocks, the victim screamed for help, at which time the individual pushed the victim to the ground and fled in an unknown direction.

The victim sustained lacerations to her head, left eye and hand.

EMS responded to scene and transported the aided to Bronx Care Hospital, where she was treated and released.

The individual was later observed at 2050 hours, walking in front of 102 Featherbed Lane.

The individual is described as an adult male in his 20s, Black, with brown eyes, a thin build and brown braided hair.

He was last seen wearing black sweatpants, a red hooded sweatshirt with white lettering on the front and sneakers. 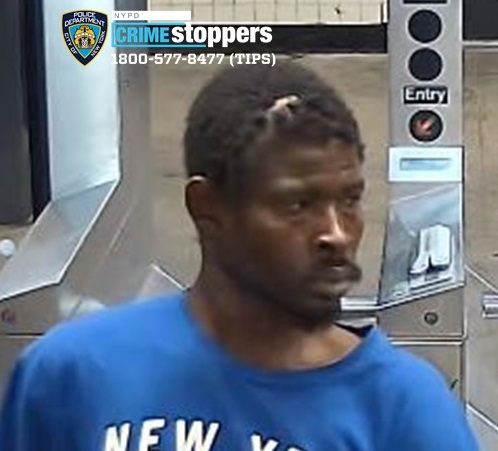