The New York City Police Department is asking for the public’s assistance in ascertaining the whereabouts of the unidentified male, depicted in the attached sketch, who is sought in connection with a strangulation incident, which occurred within the confines of the 45th Precinct in the Bronx.

It was reported to police that on Wednesday, June 23, 2021, at 1530 hours, on a path in the vicinity of City Island Avenue and Shore Road, the victim, a 31-year-old female, was walking, when an unidentified male approached her rapidly from behind, covered her nose and mouth and dragged her into a wooded area, where he pinned her face-down, mounted her and began twisting her neck.

The victim was able to scream.

An adult male bicyclist heard the victim and began to approach from the path.

The victim fled for safety towards the adult male bicyclist. She suffered scrapes and bruises to her arms, legs and back and was treated at the scene by EMS.

A sketch of the unidentified male is attached. He is Black, approximately 5’05” tall,with a thin build and a well-groomed appearance. 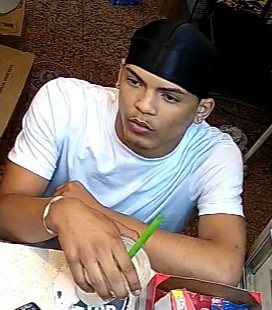