Bronx Borough President Ruben Diaz Jr. on Thursday stressed the importance of cooperation and civility on issues ranging from development to education in his annual State of the Borough speech, but he made no mention of his rumored interest in running for mayor.

Diaz, who spoke Thursday at John F. Kennedy High School in Marble Hill, touted items he said his office had helped accomplish over the past year including raising the minimum wage to $15 an hour, providing lawyers for tenants and securing funding to rebuild Orchard Beach.

He attempted to strike a middle ground on the controversial issue of development in Bronx, stressing that both affordable housing and mixed-income housing are necessary to make the borough a better place to live.

“Low-income housing is not the only answer. We need to provide opportunities for our middle class and young professionals as well,” he said. “What bar are we setting when we tell our city’s youth to go out, get a good education, stay out of trouble, graduate, get a professional job — when we do not have the appropriate housing for them to return to?”

Diaz cited the State’s recent request for expressions of interest in a roughly 13-acre site at the Harlem River Yards as a good opportunity to create such housing units, as well as amenities like a tech incubator or a medical school.

He cited homelessness, the criminal justice system and mental health care as issues that Bronx continues to struggle with, and although he criticized the city for its handling of the homelessness issue, his overall tone was milder than in his 2016 speech, when he hinted at a run for mayor and said the city had “failed” the borough during its outbreak of Legionnaires’ disease.

Diaz made no reference to considering a mayoral run in this year’s speech and mentioned Mayor Bill de Blasio by name just twice: once in reference to his help with securing funding to restore Orchard Beach and once when discussing the issue of overcrowded schools.

“In August, I wrote a letter to Mayor de Blasio requesting that he convene a commission to examine this issue,” he said. “I still await upon his response.”

Diaz saved most of his ire this year for President Donald Trump and his administration, which he criticized for their hateful rhetoric and anti-immigrant policies.

“I’ve heard real concerns from many of our neighbors. People are afraid of their families being torn apart,” he said. “Let us not forget that 40 percent of Bronx residents were born in another country, and we embrace this diversity wholeheartedly. Without our amazing immigrant population, we would not be what we are today.”

Diaz concluded with a plea for civility and collaboration, encouraging people to try finding a middle ground on local issues such as public and charter schools and the location of homeless shelters.

“We can disagree, but we must be civil in our disagreement,” he said. “Our best way forward is to thrive through collaboration, good-spirited competition and cooperation.” 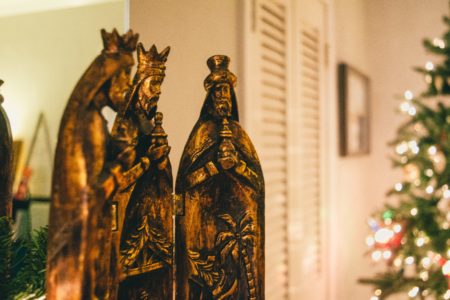