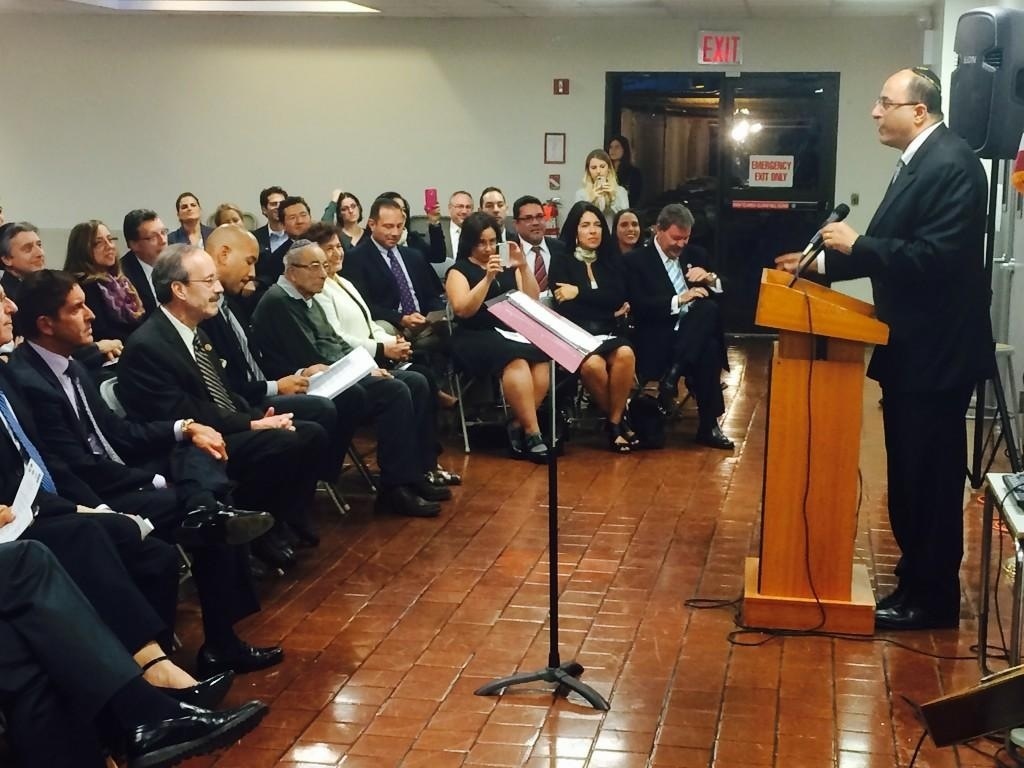 The reception was hosted by the Consulate General of Israel in New York and co-sponsored by the Office of Bronx Borough President Ruben Diaz Jr. and the Jewish Community Relations Council of Greater New York (JCRC), to recognize the important contributions made by both the Hispanic American and Jewish Communities in New York City, and “to honor the personal journeys that both communities have endured as we share our unique culture and heritage with the greater society,” the invitation to the event read.

“I’m proud to be part of the shared history of journey’s at the 2nd Annual Celebration of National Hispanic Heritage Month and the Holiday of Sukkot,” Speaker Melissa Mark-Viverito said at the event. “The ties the Latino and Jewish communities have to each other and to our great City are deep and strong and I thank the Israeli Consulate, the JCRC and my colleagues in government for hosting tonight’s celebration. Chag Sameach and Felices fiestas!”

“Tonight was an amazing event, one that brought together the Latino and Jewish communities of not just Bronx but the entire City, both of which have played important roles in reshaping their communities,” Bronx Borough President Ruben Diaz Jr. remarked after the event. “This evening not only helped ring in the Jewish Holiday of Sukkot and celebrated Hispanic Heritage Month, it also offered our Latino and Jewish communities a chance to bond through stories, music and even Kosher Mexican food. Both groups left realizing that they share a lot more in common than a date on the calendar, and it is my sincere hope we can replicate this event in the future.”

The Don Quixote Of Albany