The Bronx Kill is a narrow strait in New York City delineating the southernmost extent of the Bronx and separating it from Randall’s Island. It connects the Harlem River to the East River. 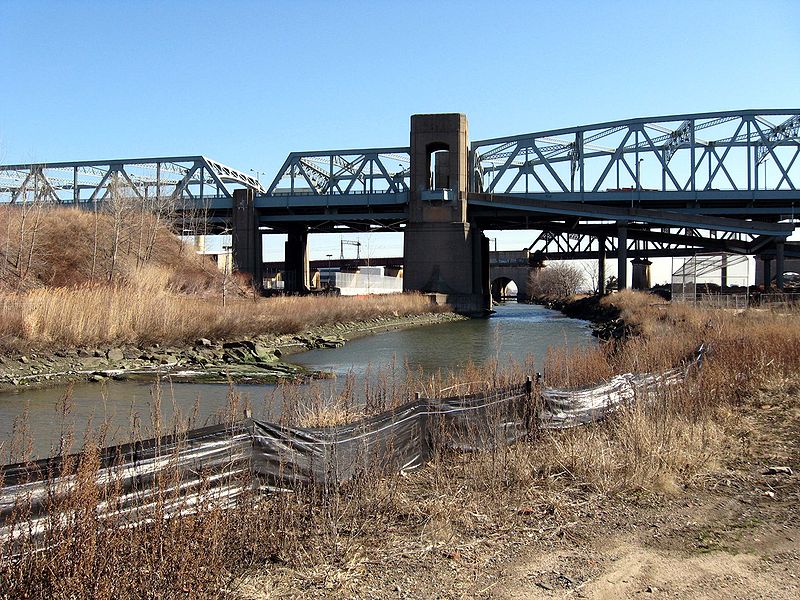 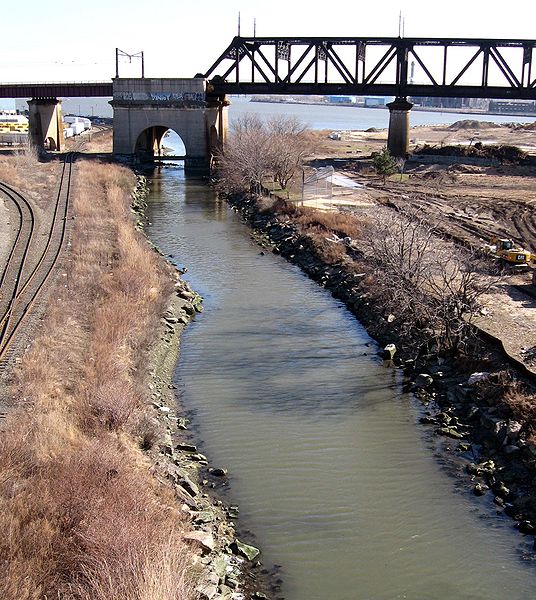 Originally, the Bronk Kill was a sizeable waterway, approximately 600 feet (180 m) in width. There were also plans by the War Department to dredge a 24-foot (7.3 m) deep channel, 480 feet (150 m) in width, to improve navigation and reduce tidal currents. For this reason, the New York Connecting Railroad built a movable bridge across the Bronx Kill on the approach to the Hell Gate Bridge. Similarly, the truss bridge of the Triborough Bridge across the Bronx Kill was designed to be convertible to a lift bridge. However, much of the Bronx Kill was later filled in to expand the parkland on Randall’s Island.

The Bronx Kill offers a venue for kayakers and other human-powered boaters without the worry of larger vessel traffic. Canoe and kayak expeditions through the waterway begin on the Harlem River, near the Third Avenue Bridge. Crossings must be well timed for the tides, to ensure both the correct current direction and sufficient water height: at low water, parts of the Bronx Kill entirely bottom out, revealing muddy stretches, abandoned cars and other assorted junk. There is also low clearance above the electrical conduits that supply power to Randall’s Island. Consequently, no commercial vessels navigate the kill, with local businesses mostly opting instead for road and rail transport, including the Oak Point Link along its north bank.

Several years ago the New York Power Authority offered to construct a pedestrian bridge linking the Bronx with Randall’s Island – part of the agency’s remuneration to the community for building two new power plants in the South Bronx. That plan, however, fell by the wayside when local officials argued that an improved Triborough Bridge path would be sufficient. The state authority instead committed millions of dollars to energy efficiency measures in the borough as a whole, including a recently unveiled green roof on the county courthouse. Unrelated state funding announced in April of an unidentified year will extend Randall’s Island bike paths to the Bronx Kill.

Plans to build a water park – the first in the nation for a large city – on the northwest corner of Randall’s Island have been controversial. Announced by the Giuliani administration as a $48 million, 15-acre (61,000 m2) project, the project has ballooned to encompass 26 acres (110,000 m2) at a projected cost of $168 million. While civic watchdogs are concerned that Aquatic Development Group (ADG), a firm based in upstate New York, was awarded the contract to build the park without a formal bid process, ecologists worry about wetlands destruction, the cutting of trees, and chlorinated water from the attractions entering the Harlem River, Bronx Kill, and East River. 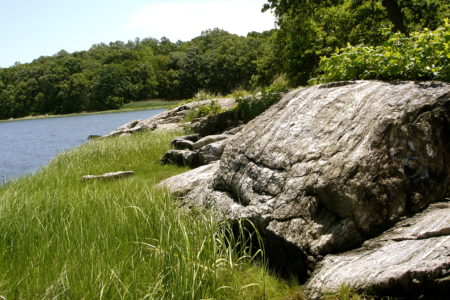 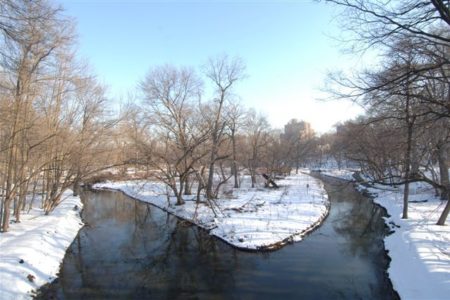 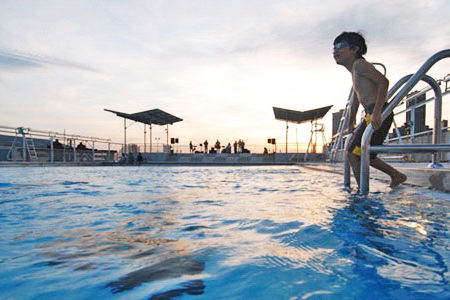