Lucian A. Sperta traverses once again into another area in his current life experiences. He invites us to join him in his journey with Pepper, a rescued cat. 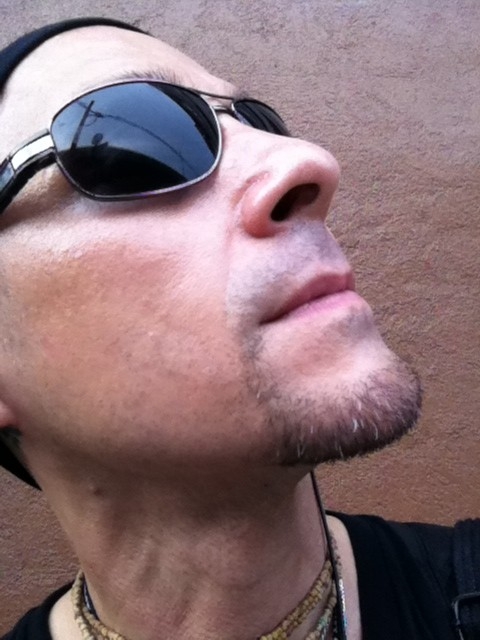 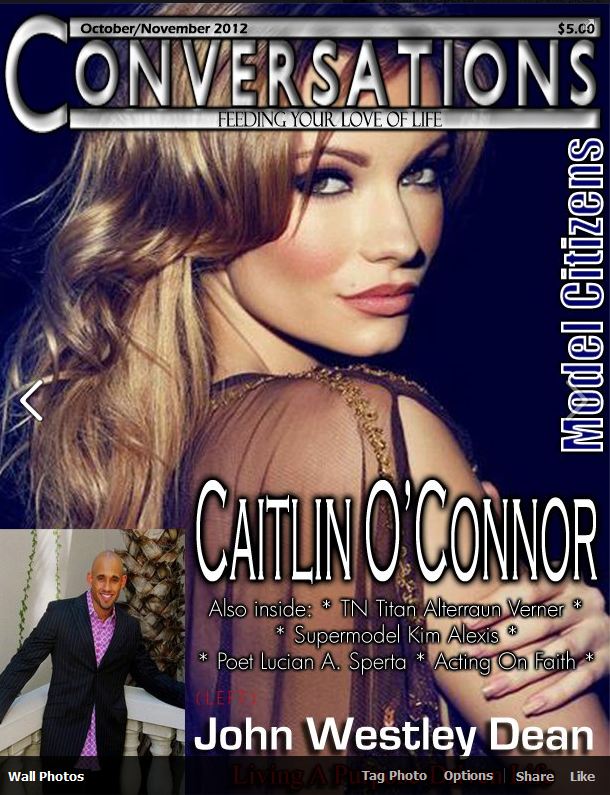 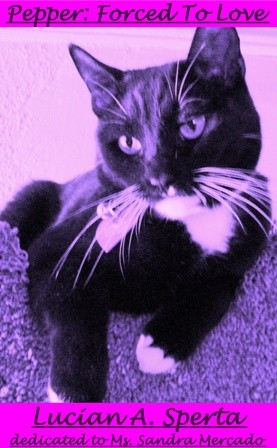 In his previous releases in poetry, four which hit Amazon’s Top 100 Hot New Release in Poetry, he allowed us into his world which tells us the story of childhood sexual and physical abuse, and how this has permeated many aspects of his life. Now he engages us in another area, the struggle to allow himself to love and the chance to allow himself to receive love in return. He introduces us to Pepper: Forced to Love, a short story about a rescued cat who also suffered a major trauma in her life as her previous owner was brutally murdered while Pepper was at home. It was a chance meeting, Pepper and Lucian are now comrades of growth, healing and love in each other’s lives, each one teaching the other about love, boundaries, nurturing and unconditional acceptance. Mr. Sperta enriches us with this new journey in his life of healing and recovery.

Pepper: Forced to Love, depicts this journey in a clear and realistic honest manner, it also includes pictures of this loving cat Pepper, who displays the energy of love, devotion and spontaneity allowing the author to re-awaken his own inner child. Pepper: Forced to Love, is a new dynamic read filled with self realizations and honest self perceptions. Lucian A. Sperta, has taken us again, into a world in which words convey the ongoing struggle to coexist with himself and the world around him.

Throughout his previous releases, Mr. Sperta has allowed us into his cathartic world of words describing the horrors and impact of childhood abuse. In turn he has mourned and grieved, yet, he also shows us there is hope in his journey of recovery from a painful past. Mr. Sperta attempts to teach us in his new release, Pepper: Forced to Love, the risks he continues to take for growth and the lesson he continues to teach other survivors about the steps one must take for growth and healing. Pepper: Forced to Love is the first step, to love and allow oneself to be loved in return.

Mr. Sperta depicts his internal struggles about taking in another pet as he states; ‘another failure?’ ‘Should I adopt again?’ He takes us into his admitted failures in the past and he states “I had many failed attempts to keep a pet long term; it was a constant sad failure for me.”

He describes how his Post Traumatic Stress Disorder affects his views and the ongoing struggle in dealing with his ‘disconnected emotions’. In addition, he shares about engaging in treatment to deal with his PTSD diagnosis before he adopts again, he makes attempts to understand PTSD, its triggers and how this affects his relationships and view of the world around him. After treatment he writes how some friends warn him about attempting to adopt another pet, but Mr. Sperta asserts, “I was not determined to be defined by the comments of others, failures or my past.” In Pepper: Forced to Love, Mr. Sperta takes another risk, another chance, with the possibility of failure, but emerges triumphant as he learns the lesson in this new endeavor, not allowing his history or his past to define him as he forges forward in his journey. Finally, Pepper and Mr. Sperta share a warm loving friendship in the safety of each other’s lives.

The book can be purchased on Amazon here.

Lucian A. Sperta was also chosen by Cyrus Webb to be in Conversations‘ magazine Model Citizens due out on September 24, 2012. The magazine is read in 8 countries around the world. This interview will feature some published poems and a photo of the author.

This was a very exciting attempt for me to write about Pepper. She is a very loving rescue cat, and has brought joy into my life. Do you have cat stories you would like you share with me? Email me at lsperta@me.com or find me at twitter @Azarel63. Please rescue or foster a pet. There are approximately 15 million animals in shelters across the country. If you’re heart is ready to be open to love, then adopt, if not then foster. The day will come when you know you’re finally ready to keep and love a pet and allow this sentient being to love you in return.

I want to openly thank all the staff at Walit House Residential Facility with the Institute for Community Living, Inc. for caring for Pepper and saving her from the shelter. It was that morning on 02/11/2012 when I met her there. You all did a great job!

Last, but not least, a heart felt thank you to Rubin Gilbert, Book Cover Designer, for his on going talent in the creative process, you have come such a long way in such a short time. 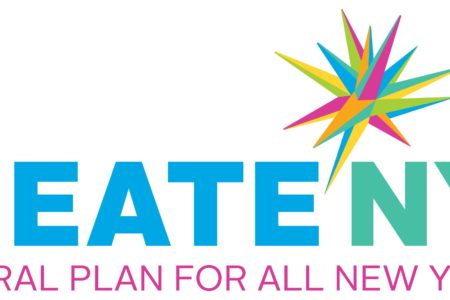