Manhattan District Attorney Cy Vance, Jr. today announced the indictment of Neil Perry Smith, 58, following his extradition from London, England, to face charges for his role in a decades-long, global antiquities trafficking ring that looted and smuggled culturally significant relics from Asia and sold them in New York’s art market. Smith is charged with possessing and restoring 22 stolen pieces, with an estimated value of more than $32 million. Smith’s restorations concealed the antiquities’ illicit origin so that alleged conspiracy ringleader Sunhash Kapoor could then sell them at his now-closed Madison Avenue-based gallery, Art of the Past. Smith is charged in a 29-count New York State Supreme Court Indictment with multiple counts of Criminal Possession of Stolen Property, Grand Larceny, Conspiracy, and Scheme to Defraud.1

Smith, Kapoor, and six other codefendants were indicted in October 2019 following a yearslong investigation by the Manhattan D.A.’s Office’s Antiquities Trafficking Unit, along with law enforcement partners at U.S. Homeland Security Investigations (“HSI”), into the group’s illicit activities affecting the New York market and originating in Sri Lanka, India, Pakistan, Afghanistan, Cambodia, Thailand, Nepal, Indonesia, Myanmar, and other nations. From 2011 to 2020, the D.A.’s Office and HSI recovered more than 2,500 items trafficked by Kapoor and his network over a three-decade span. The total value of the pieces recovered exceeds $143 million.

“Without restorers to disguise stolen relics, there would be no laundered items for antiquities traffickers to sell,” said District Attorney Vance. “The arraignment of Neil Perry Smith serves as a reminder that behind every antiquities trafficking ring preying upon cultural heritage for profit, there is someone reassembling and restoring these looted pieces to lend the criminal enterprise a veneer of legitimacy. Thanks to our Antiquities Trafficking Unit and our partners at HSI, Smith will now face justice on U.S. soil, and we look forward to seeing alleged ringleader Subhash Kapoor inside of a Manhattan courtroom in the near future. In the meantime, we will continue to pursue these cases vigorously and return these stolen items to the countries from which they were stolen.”

As alleged in the Complaint, Smith and Brooklyn-based restorer Richard Salmon were contracted by Kapoor to clean stolen antiquities and repair any defects, such as dirt, rust, or damage that might indicate recent looting or theft. According to invoices and inventory logs seized from Kapoor’s office and storage locations, Kapoor typically arranged for the antiquities to be sent to one of the restorers after their arrival at Art of the Past. For example, Smith restored the bases of numerous bronze relics stolen from temples in India after smugglers intentionally broke them to facilitate illicit removal from the site and across international borders. After restoration, Kapoor housed the antiquities at his store or at one of his numerous storage units until it was sold or consigned.

Smith’s restorations helped Kapoor mislead potential buyers about the origin and condition of looted antiquities so that Kapoor could, in turn, capitalize on this veneer of legitimacy by dramatically increasing values. In 2009, Kapoor purchased an 11th century ceramic Khmer sculpture of a Buddha protected by a serpent (or “naga”) that was broken into at least 50 pieces. Kapoor paid Smith £7,925 “[t]o remove three types of restoration, disassemble, clean joins, make up missing sections, reassemble, tone-in and mount” the 40-inch statue from Cambodia. After Smith completed the restoration, Kapoor created a false trail of provenance for the Naga Buddha, which he claimed was from Thailand, and later attempted to sell it for $1.2 million – an astronomical leap from the $5,504.45 value Kapoor declared on shipping documents for the item’s return transfer to the U.S. in June 2010.

Smith is the second member of the Kapoor ring to be extradited to the U.S. and arraigned on the indictment, following the October 2019 arraignment of Salmon, the other restorer. The D.A.’s Office first issued an arrest warrant for Kapoor in 2012. A complaint and a series of additional arrest warrants for Kapoor and seven co-defendants were filed in July 2019 and an indictment was filed approximately three months later. In July 2020, the D.A.’s Office filed extradition paperwork for Kapoor, who is currently in prison in India pending the completion of his ongoing trial in Tamil Nadu. Kapoor’s indicted co-conspirators Sanjeeve Asokan, Dean Dayal, Ranjeet Kanwar, Aditya Prakash, and Vallabh Prakash have not yet been apprehended.

D.A. Vance thanked the Metropolitan Police Service in London for its assistance with the investigation.

To date, the D.A.’s first-of-its-kind Antiquities Trafficking Unit has recovered several thousand stolen antiquities collectively valued at more than $175 million. Several hundred of these priceless artifacts have been returned to their rightful owners and repatriated to their countries of origin, including a total of 390 objects to 10 nations since August 2020. Several hundred more are ready to be repatriated as soon as the relevant countries are able to receive them amid the pandemic. But more than a thousand must be held awaiting criminal proceedings against the traffickers. The items already returned include 33 artifacts to Afghanistan;  a pair of statues of Buddha to Sri Lanka; an Egyptian limestone stele dating back to 664 B.C.E; 45 antiquities dating back to the 2nd century to Pakistan; a gold coffin stolen from Egypt in the aftermath of the Egyptian Revolution in 2011; three marble Lebanese statues; a Roman mosaic excavated from the Ships of Nemi; an Etruscan relic stolen from the site of a historic necropolis known as the “City of the Dead”; a marble sarcophagus fragment; a Buddhist sculpture stolen from an archaeological dig site; a pair of 12th century Indian statues; a collection of 8th century B.C.E. bronze statues; and a set of ancient Greek coins, among others.

1The charges contained in the complaint are merely allegations, and the defendant is presumed innocent unless and until proven guilty. All factual recitations are derived from documents filed in court and statements made on the record in court. 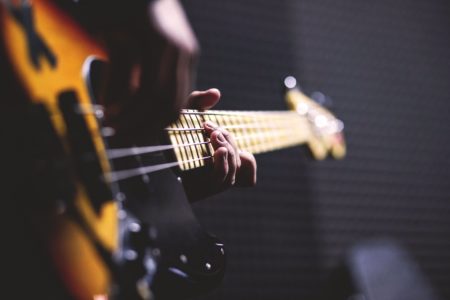 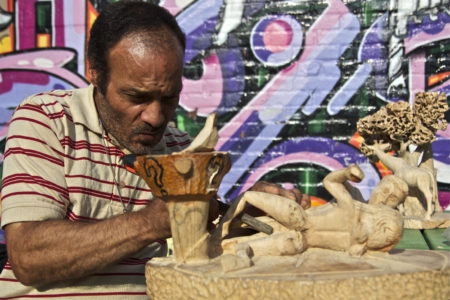 ‘Outsider’ Artist In The South Bronx