New York Attorney General Letitia James and the Hispanic Federation today called on the U.S. Department of Justice and the Biden-Harris Administration to stop denying life-saving assistance and federal programs to U.S. citizens who live in Puerto Rico, and drop their appeal in the case U.S. v Vaello-Madero, now before the U.S. Supreme Court.

In a press conference held at the Santiago Iglesias Pantín Elementary School in the Caño Martín Peña section of San Juan, Attorney General James and Frankie Miranda, president and CEO of the Hispanic Federation, were joined by local and visiting leaders to raise awareness about the potentially-landmark case that will determine whether it is constitutional to deny otherwise eligible Americans access to Supplemental Security Income (SSI) benefits — based solely on their status as residents of Puerto Rico, Guam, the U.S. Virgin Islands, or American Samoa. Earlier district and circuit court rulings found that excluding Puerto Ricans and residents of other territories from accessing these benefits is a violation of the Due Process Clause of the Fifth Amendment of the U.S. Constitution. The federal government has appealed the case, and arguments are scheduled to take place at the Supreme Court next Tuesday, November 9.

“Imagine the U.S. Department of Justice mounting an argument against providing equal access to potentially life-changing, and even lifesaving, federal benefits to an American citizen living in New York, Florida, Oklahoma, or any other state,” said Attorney General James. “That is exactly the form of discrimination and unfair treatment more than 3 million American citizens are currently experiencing just because they live in Puerto Rico. We are supporting this fight in the Supreme Court because every American deserves the right to equal protection under the law, no matter where they live. It’s time for the federal government to drop this appeal and help ensure that no American is left behind as our country works to build back better.”

In September, Attorney General James, as part of a coalition of 18 attorneys general, filed an amicus brief in U.S. v Vaello-Madero, where they urged the Supreme Court to reject the federal government’s continued efforts to discriminate against the U.S. territories of Puerto Rico, Guam, the U.S. Virgin Islands, and American Samoa. In the brief, the coalition of attorneys general argue that legal precedent holds that Congress must have more than one reason to treat one region of the country differently than another, and that Congress has not even been consistent with its behavior because it has included some territories in benefits programs while excluding others. Additionally, the coalition argued that excluding territories from anti-poverty programs harms some of the neediest Americans, and that the differential treatment of U.S. territories is rooted in discriminatory governing.

The Hispanic Federation will also continue to push the Biden-Harris Administration to take direct action on ending discrimination against Puerto Rico. “While we recognize the important efforts by the Biden Administration to include SSI for Puerto Rico in the proposed Build Back Better legislation, we cannot continue to leave the rights of Puerto Ricans to the whims of Congress,” stated Frankie Miranda, president and CEO, Hispanic Federation. “This unjust discrimination against Puerto Rico in SSI and other federal programs is rooted in blatantly racist Supreme Court precedents determined over a century ago. The opportunity is now for President Biden and the Supreme Court to finally right this wrong with a new legal precedent that makes it clear unjustly denying any American their full rights is unconstitutional, and indefensible.”

Miranda met with President Biden at the White House this past August and called upon him to desist from his defense of the case.

The Hispanic Federation also joined another amicus brief with other non-profit advocacy groups calling on the Supreme Court to stop denying U.S. Citizens living in Puerto Rico their constitutional rights, and has pressed the Biden-Harris Administration at every turn to keep their campaign promise and end their defense of discrimination against Puerto Ricans. The organization will continue to do so, including by being at the Supreme Court when oral arguments take place in this case.

As part of their ongoing advocacy efforts on equity for Puerto Rico in federal programs — including SSI — the Hispanic Federation brought together Attorney General James in San Juan with leaders of the G-8 (a local community organization) and MAVI (a local non-profit that works with individuals living with disabilities). Also present at today’s press conference was Aurelis Aponte, the mother of a four-year old daughter with seven major heart conditions who lost her much-needed SSI benefits after moving back to Puerto Rico from Florida. The family had previously been displaced by Hurricane Maria.

“After just one month of moving to Florida, our family was approved for food stamps, Medicaid, and SSI benefits. These benefits were a blessing for us while we struggled to recover and care for our family,” said Ms. Aponte. “However, I couldn’t help but wonder why my family didn’t receive this kind of help when we lived in Puerto Rico and then lost them for simply moving back home. For this reason I ask of President Biden, the Supreme Court justices, and members of Congress just one thing: Give my daughter Isabella a fair chance to live and end this discrimination against Puerto Rico.”

“For far too long, the people of Puerto Rico have been dealt a shorthand when it comes to their due federal benefits — and to continue denying aid and benefits to Puerto Rican residents would be inhumane, illegal, and racist,” said U.S. Representative Adriano Espaillat. “Puerto Rican residents deserve parity in federal benefits that they would otherwise be receiving on the mainland. I applaud Attorney General James for her leadership on this critical issue, and thank her for her unwavering commitment to ensure that we lend a helping hand to all Americans — especially those who need it most.”

“It is both unconstitutional and unacceptable that United States citizens who reside in Puerto Rico are offered lesser rights and benefits than the rest of us,” said Bronx Borough President Ruben Diaz Jr. “As New Yorkers, we must act to help the people of Puerto Rico, and I applaud New York Attorney General Letitia James and the Hispanic Federation for their tireless work to ensure equality and that no one is treated as a second-class citizen in the United States of America.”

“For far too long, Puerto Ricans have been denied access to the same benefits and rights other U.S. citizens enjoy,” said State Senator Luis Sepúlveda. “I applaud Attorney General Letitia James for fighting on behalf of Puerto Ricans and ensuring their constitutional rights are respected.”

“Mr. Vaello-Madero’s case is a moment where the United States is going to be forced to be honest about its relationship with the people of Puerto Rico. How the Supreme Court rules will set a precedent that either acknowledges their responsibility to the people of Puerto Rico or issues a blank check to deprive them of equal protection,” said State Senator Jessica Ramos. “In New York state, we have passed legislation to affirm that everyone is entitled to the care and benefits that their taxes pay for, and Attorney General James has taken legal steps to do the same for U.S. citizens living in Puerto Rico. We will continue to have her back as we fight to ensure that none of our Puerto Rican neighbors are denied aid or support.”

“The case of U.S. v. Vaello-Madero exposes a vast difference Puerto Ricans on the island experience versus back on the mainland,” said State Assemblymember Nathalia Fernandez. “I greatly commend Attorney General James for taking every effort to protecting our most vulnerable against unfair and impractical retribution from a system meant to help rather than hurt.”

“For decades the island of Puerto Rico has been utilized for its resources and when it has been politically beneficial for the powerful. Yet, when it comes to Puerto Ricans being able to access necessary benefits, rights, and protections they continue to confront barrier after barrier. Frankly, this is racist and unacceptable,” said State Assemblymember Jessica González-Rojas. “I am grateful that Attorney General Letitia James has submitted an amicus brief in the case of the U.S. v. Vaello-Madero to the Supreme Court. We must ensure that Puerto Ricans are treated as equals to all citizens of the United States. Additionally, I urge members of the U.S Senate and U.S. House to continue to advocate that we expand Social Security and Medicaid in the Build Back Better deal. It would provide necessary assistance to hundreds of thousands of people who live in U.S territories, including Puerto Rico. After decades of disempowerment, we are demanding equity for Puerto Ricans and nothing less.”

U.S. v Vaello-Madero centers on Jose Luis Vaello-Madero, an 88 year-old elderly person who lives with disabilities and who received SSI benefits while living in New York, but was excluded and removed from the program when he relocated to Puerto Rico. The Social Security Administration is now demanding that he even pays back disability benefit payments that he previously received while he was on the island — a U.S. territory since 1898. Mr. Vaello-Madero’s case has become emblematic of the need to change eligibility precedents for U.S. citizens who live in Puerto Rico and in other U.S. territories. The appeal was initially filed by the Trump Administration, but is now being continued by the Biden Administration. 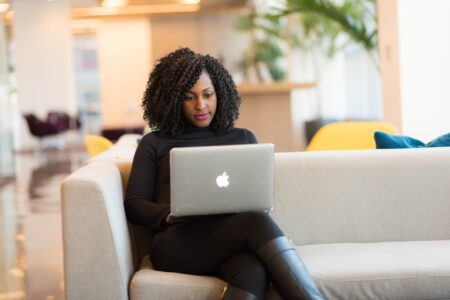 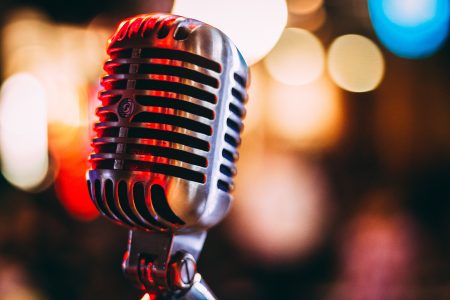