For families with young children seeking an educational, quiet, outdoor experience within New York City, Wave Hill’s nature walk programs are a wonderful picturesque excursion, if they’re willing to make the trip and don’t mind a little eccentricity in their guide.

Wave Hill Park is situated in the Bronx, on a hill overlooking sweeping views of the Hudson River and the New Jersey Palisades. Accessing Wave Hill is tricky. It is too far north for direct MTA Subway access. Park goers can travel to the northern end of the A or the #1 train, and wait for the hourly shuttle to the park. Alternate routes include the unreliable MTA Bronx buses, or the Metro North Railroad followed by a bihourly shuttle. The easiest route is by car, though the parking fee costs is equal to an adult admission ticket.

Riverdale, the neighborhood surrounding Wave Hill, is affluent. Individual plots of land are at least a quarter acre. Houses are spacious, with well-groomed lawns. The seven-minute walk from the bus station to the park is disorienting. The scenery is a drastic departure from the rougher, urban, Northern Manhattan landscape just a few blocks south.

The park includes 28 acres of sculpted gardens, each designed to highlight a different type of flora. The property was a wealthy family’s country estate before New York acquired it. The on-site buildings include two mansions, a gazebo, an observatory, and a visitor’s center with gift shop. Nature walks depart from the entrance to the visitor’s center approximately eight minutes after their designated start time.

Paul Keim, 57, leads three nature walks at Wave Hill: Bat Walk, Butterfly Walk, and Dragonfly Walk. Keim is a painter and printmaker by trade, but says being a naturalist is his passion. During the day, Keim paints theatre sets and shows his watercolors in galleries. In the evenings and on the weekends, Keim trades paintbrushes for binoculars. A serious hobbyist, Keim leads regular nature tours in various parks throughout the five boroughs.

When he was six, Keim’s father introduced him to the study of wildlife, a hobby they could share. Though it may seem counterintuitive, Keim asserts that “New York City is full of wildlife,” and within moments he proves his point. He recognizes milkweed and carrots flowering just off the path. These plants are ornamented by bright orange and black Monarch butterflies and neon blue and yellow Swallowtail butterflies, which feed on milkweed and carrots respectively.

Keim wears a polo shirt and baseball hat in unmatched blue, dungarees, and white sneakers. His hair and mustache are greying. Around his neck is a beloved pair of binoculars that allow him to focus on either close-up views or far-away views. He may have been in shape once but has lost muscle tone. He is decrepitly thin, but sports a rounded stomach.

When the Dragonfly Walk begins, Keim takes dried insect specimens out of Tupperware containers and passes them around. The group is mostly families with children. A few childless adults sit down to begin the tour, but they don’t last long. One of the children asks Keim why his dried Green Darner dragonfly has a broken wing, and he says its because he keeps passing it around to kids. It is difficult to tell if he is joking.

Keim leads the group to Wave Hill’s Aquatic Garden. This ornate pool is the locus of the dragonflies’ life in the park – it is where they hatch and where they go to reproduce. The air is thick with dragonflies. Keim quickly points out the species patrolling the space.

There are several brilliantly blue damselflies, about an inch long, flying close to the aquatic plants. They’re distinguishable from dragonflies because they tuck their wings in close to their bodies. Dragonflies, which are larger, keep their wings at right angles to their bodies, taking up maximum space. Dragonflies are aggressive, fiercely fighting over territory and mates. Keim fondly identifies a single 4-inch long Black Saddlebag male dragonfly patrolling the perimeter of the water and periodically chasing away smaller males. These smaller males, Painted Skimmer dragonflies, are yellow-green and black and do not offer much resistance. Hidden in the stems of the pool’s lotus flowers, Keim spots a plain brown female dipping her tail into the water at regular intervals to lay her eggs. She must be what the Black Saddlebag is protecting. In a field close to the pool, a starkly alabaster Common Whitetail male flies high over the clover, occasionally swooping down to eat a honey bee, too preoccupied with feeding to engage the Black Saddlebag.

Keim’s enthusiasm for naturalism is clear. He jumps with excitement every time a new insect comes into view, rapidly focusing his binoculars, examining details the patrons can’t see with their unmagnified vision. He provides an unending stream of information. Though the theme of this outing is dragonflies, only about thirty percent of his facts are on that particular topic. In the other 70 percent, he points out butterflies, aphids, bullfrogs, wildflowers, weeds, and even snaps off a branch of sassafras and a sprig of bay berries so that the group can experience their aromatic odors. Though tours are advertised as 45 to 60 minutes long, Keim talks for 120 minutes. He seems immune to the midday heat, focused on the wildlife with a charming childlike concentration. Unfortunately, the guests are more susceptible to the sun, and by the end of the tour, his original assemblage of 27 has dwindled to five.

While Keim’s tour is informative and engaging, his sense of the group’s needs and attention span is lacking. If planning to attend one of his naturalist walks, visitors should budget ample time, pack a sun hat, and be sure to carry plenty of chilled water. If they find themselves growing weary, guests should feel free to quietly retreat to some benches in shade of a grove or to the air-conditioned gift shop before the excursion is officially over; with 28 acres of lush plant life and humming insects to examine, Keim is unlikely to mind.

Other educational tours through Wave Hill include the Gallery Tour, the Garden Highlights Tour, the Sunset Garden Walk, Birding, Walk on the Wild Side, and a History Walk. Keim leads a Sunset Bat Walk on Wednesdays, and leads Butterfly Walk and the Dragonfly Walk on Sundays. Keim’s walking tours are free with park admission. Admission is $8 for adults, $4 for students/seniors, $2 for children 6-18, and free for children under age 6. Wave Hill participates in the Blue Star Museum Admissions Program, granting military personnel and their families free admission. On Tuesday and Saturday mornings, park admission is free to all, with support from Target Free Days. 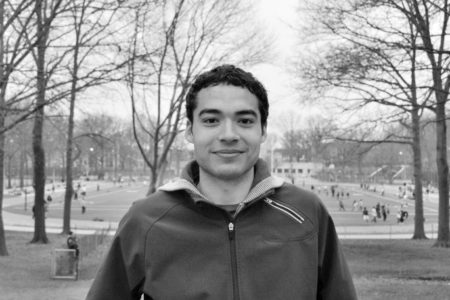