The product was created by acclaimed Chef and CIA graduate King Phojanakong of NYC. The Serrano peppers that make up the sauce are 100% locally sourced from community gardens in Bronx and R&R Produce Farm in upstate New York, and the fiery condiment is manufactured and packaged by Farm to Table Co-packers in Kingston, NY. The production team was further completed by Robin Puskas as Product Development consultant and John Jaxheimer as Creative Director.

The Bronx Greenmarket Hot Sauce will be available at select Greenmarkets and Youthmarkets starting with the Times Square Pop-up Greenmarket on October 30. In addition, it will be sold online through Good Eggs and at local food retailers throughout the city.

Small Axe Peppers was founded by longtime GrowNYC supporters John A. Crotty, John Fitzgerald and John Warren, who by day are affordable housing developers. They share a philosophy that it takes more than bricks and mortar to build community. In order to be successful, communities come from neighbors interacting in activities that can produce lasting and productive outcomes. Community gardens provide exactly these opportunities as well as producing fresh food and fostering an overall sense of empowerment.

In the Spring of 2014, Small Axe donated 3,500 Serrano pepper seedlings to GrowNYC for distribution to gardens throughout Bronx. Along with the seedlings, there was a promise to purchase the peppers back from the gardens at harvest time for a premium price. When the time came, Small Axe collected peppers from Bronx community gardens including: Morning Glory Community Garden, Kelly Street Garden, Wishing Well Garden and Pelham Organics.

“I’m thrilled to see our developers and community gardens join together on this wonderful venture,” said Bronx Borough President Ruben Diaz Jr. “The Bronx has an amazing food culture, and ‘The Bronx Greenmarket Hot Sauce’ will only add to the great flavors our borough produces each and every day. GrowNYC and Small Axe Peppers have developed a product that not only tastes great, but also supports our local community gardens. That’s a ‘win-win’ for our borough, and I hope epicureans from all over the region enjoy our borough’s latest food creation.”

Since it was the first year of operation, the community gardens production was not sufficient to produce enough peppers for the first run of hot sauce. The pepper supply was augmented by Rogelio Bautista of R&R produce, who operates his farm in Pine Island, NY. Rogelio, originally a farm worker, started his own business with support from GrowNYC’s FARMroots program, which supports immigrant farmers to start sustainable farm businesses in the NYC region.

“This product is the end result from a group of dedicated and talented individuals working to ensure that the product, its ingredients, its packaging, sales and ultimately the proceeds are used to make the City and our neighborhoods better places,” said John A. Crotty of Small Axe Peppers. “Now when people say “the Bronx is Burning” it has a whole new meaning. An affirmative message of resurgence and renewal versus a dreary look backwards.”

“GrowNYC’s Greenmarkets have always been the best source for locally grown food fresh from the farm,” said Marcel Van Ooyen, Executive Director of GrowNYC. “Now, through this partnership with Small Axe Peppers, we are furthering our support of local farmers by purchasing their products and turning them into a delicious hot sauce that can be enjoyed by all New Yorkers.”

Noted Chef King Phojanakong, was a natural fit to make these peppers into a hot sauce worthy of The Bronx name. A New York City native and graduate of The Bronx High School of Science, Chef King is a celebrated chef with numerous awards to his name along with his two acclaimed New York City restaurants: Kuma Inn and Umi Nom.

Farm to Table Co-Packers is a full service contract packaging facility that produces everything from frozen vegetables and soups to jarred pickles and sauces. The company is one of the region’s most important agricultural resources of the last 10 years as their services allow small farmers and food entrepreneurs a place to produce large quantities of their product without having to invest in the equipment to do so.

Robin Puskas is a Product Development consultant who was critical to scaling the plans to ensure production would remain consistent and aligned with the products original goals while achieving scale. She has helped many other companies successfully bring their products to market.

John Jaxheimer, a Native New Yorker and Creative Director, was responsible for all aspects of design for the Bronx Hot Sauce. Leveraging a combined twelve years of experience at Sports Illustrated and Rolling Stone, he has spent the past three years working as a Creative Brand Consultant for clients in varying categories including fashion, entertainment, beverage, renewable energy and technology. 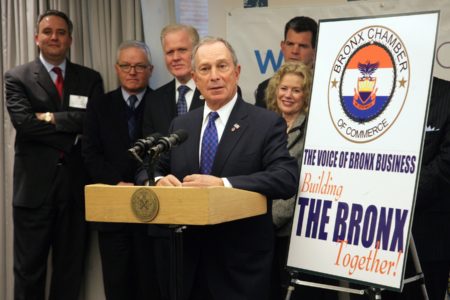 New Leaders At The Bronx Chamber Of Commerce Swear-In