A teenager shares her own story exclusively to Eyewitness News, after a man tried to abduct her Saturday in the Bronx as she headed to work.

The high school junior walked away with scratches and bruises, but she walked away.

The victim was walking to work around 6:00 a.m. near the intersection of East Clarke Place and Grand Concourse in the Mount Eden section of the Bronx when it occurred.

Police say an unidentified man put her in a chokehold from behind and tried to kidnap her, dragging her to the back of his car.

The victim began kicking and fighting back, causing the suspect to yell.

All of the yelling got the attention of neighbors, and the suspect drove away.

Sources tell Eyewitness News that police have surveillance video of the whole thing. They have yet to release it as they work to identify the suspect.

New Yorkers Will Never Be Intimidated By Acts Of Terror 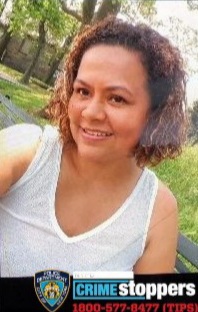