A Bronx man was arraigned on burglary and three counts of robbery charges Wednesday in connection with the holdup of an East Harlem pharmacy earlier this month.

Luis Hiraldo, 19, was taken into custody in Rhode Island and extradited back to the city earlier this week.

Two witnesses were able to identify him from this surveillance video taken shortly after the incident at the RX Center Pharmacy at 119th and First Avenue on April 12, 2012.

Pharmacy workers said he walked into the drug store with Rudolph Wyatt, 23, of Manhattan flashing a gun and demanding Oxycontin and Percocet.

Police say Wyatt exchanged gunfire with officers when he tried to escape.

He was shot and killed by a retired police lieutenant near the scene. 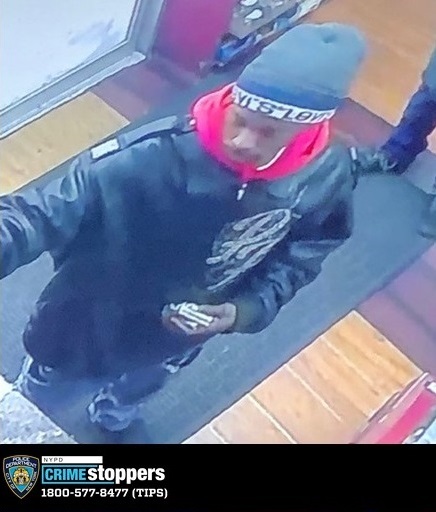 Mathew Torres, 27, Arrested For The Murder Of Devon McFarlane, 24