More than 1,000 students, faculty, staff, alumni and parents poured into Christopher Columbus High School Thursday night to express their opposition to the Department of Education’s proposal to phase out the northeast Bronx school.

More than 1,000 students, faculty, staff, alumni and parents poured into Christopher Columbus High School Thursday night to express their opposition to the Department of Education’s proposal to phase out the northeast Bronx school.

The hearing began promptly at 6:00 pm with the reading of the Department of Education’s Educational Impact Statement (EIS) from a DOE delegate. The statement claimed that the school lacked the capacity to bring its students to grade level, that there was low demand for the school, and that the school had underperformed consistently on DOE-administered progress reports. The DOE announced plans in December to close a total of 21 schools including 16 high schools.

Each statement elicited loud boos and hisses from the highly energized crowd, which was directed to the cafeteria after the auditorium filled at 6:10 pm. More than once, the crowd erupted into chants of “Save our school! Save our school!” Many of those present wore white T-shirts with black letters that read, “A Member of the Columbus Family” on the back – some also spray painted “Save Our School” on the front.

School District 11 Superintendent Elizabeth White of School District 11 wore the T-shirt. She told audience members, “I want to apologize to you all because this is the first time I was asked to be a part of this process and I am here to represent you all and your concerns.” The crowd erupted in applause as she took her seat on the panel which sat at a table in front of the stage facing the audience.

Located in Pelham Parkway at 925 Astor Avenue, Columbus HS opened in 1938 and serves 1,400 students whose families hail from dozens of countries. Since 2004, it has shared its six-story building with four other smaller schools including Global Enterprise Academy, also slated for closure. The DOE’s announced plan to phase out a total of 21 schools, including 16 high schools, has sparked vociferous opposition in a number of communities across the city.

Many of the hearing attendees had joined a march around the school grounds before the hearing with placards reading “For Sale: Columbus High School” and “Save Our School.” The protest organizers had filed for a permit to march in the adjacent neighborhood, but their request was denied on the day of the hearing.

The reading of the EIS and the introduction of the hearing panel (which included none of the 12 members of the Panel on Education Policy who will actually vote on the proposal) were followed by in-depth presentations by both General Enterprise Academy and Columbus HS, respectively, contesting the Department of Education’s findings.

Supporters of the Global Enterprise Academy pointed to improved standardized test scores and an improved score on the DOE’s own progress report.

Supporters of Columbus pointed to its ability to thrive in the face of adversity. The school has the second most challenging student body of 372 high schools evaluated by the city. About five percent of incoming Columbus freshmen and sophomores enter the school performing at grade level while 25 percent are special needs students. Despite this, Columbus’s 2007-2008 graduation rate rose above 40 percent and its weighted graduation rate of 68.8 percent exceeds that of the city’s overall high school graduation rate. The school’s seven-year graduation rate of 81.5 percent is also higher than the citywide average of 72.2 percent.

Of the five high schools in the building, only Columbus HS and Global Enterprise have open admissions and will accept new students throughout the school year, including troubled students, students with special needs, and students in the process of learning English. The gradual elimination of large high schools like Columbus across the city leaves these students with dwindling options.

The Department of Education’s findings relied heavily on interviews with “internal stakeholders.” Throughout the three-and-a-half hour hearing, the identities of these stakeholders was consistently brought into question. The principals of Columbus and Global Enterprise said they had not been a part of the interview process.

One speaker stated that he had done a survey throughout the schools’ community and had not found a single person who was contacted by the DOE. Another alumni speaker referred to them as “phantom stakeholders.”

‘Where Was the Department of Education?’

Several local elected officials or their representatives turned up for the evening, the highlight of which was local City Councilmember Jimmy Vacca who spoke fondly of his own time as a student at Christopher Columbus High School, back when the school was considered by many residents second only to the Bronx High School of Science (CK). He spoke passionately to the panel exclaiming, “Where has the Department of Education been all this time?… I remember a time when things were broken and they were fixed!” Noting that the transformation of Columbus High School was no sudden event, he asked, “Where was the Department of Education when the school began to degrade?”

Speakers also touched on larger political themes of the proposed school closing, pointing to Mayor Bloomberg’s well-known leanings toward charter schools and the 2004 reorganization of the Columbus High building in which four schools, including Global Enterprise, moved into the building.

Students and alumni alike posed the question, “If Mr. Bloomberg can get a third chance to be mayor, why can’t we get another chance?”

The proposal to phase out Columbus and Global Enterprise will be voted on at Brooklyn Tech High School on January 26 at 6:00 p.m.

John Tarleton contributed to this report. The article was originally published in The Indypendent. 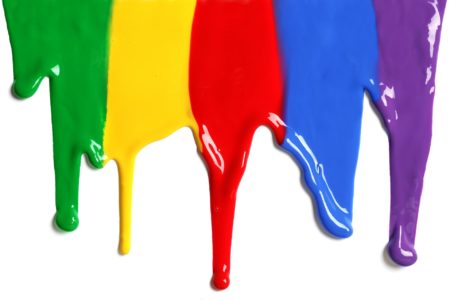