The New York City Advisory Commission on Property Tax Reform today released its final report with recommendations to create a simpler, clearer and fairer property tax system. The final report, entitled “The Road to Reform: A Blueprint for Modernizing and Simplifying New York City’s Property Tax System,” recommends sweeping changes to the current system, with a particular emphasis on smaller residential properties which the public and subject matter experts most often cite as having the greatest inequalities.

The final report expands on the initial recommendations released on January 31, 2020 and details targeted owner relief programs that will help low- and moderate-income homeowners better afford their tax bills. The report marks the first top-down review of the property tax system by a government-appointed commission since 1993. It can be found here.

“I am pleased to present the final report of the Advisory Commission tasked with reforming the City’s property tax system. I would like to thank the members of the commission who spent the last three years diligently working through the myriad issues involved. Hopefully, this report will serve as a blueprint for the state and city legislative bodies to take this long needed reform to enactment,” said Commission Chair Marc Shaw.

The Commission’s work was temporarily disrupted by the pandemic, but it resumed in 2021 with an additional five public hearings to solicit input on the 10 recommendations in the preliminary report. The public’s feedback was instructive for the Commission in developing its final recommendations, which involved stripping the system of the features that lead to inequities and reconstructing it to align with a set of basic principles that prioritize targeted relief for primary resident owners.

The Commission’s strategic approach centered on first establishing the right mix of structural changes to achieve horizontal equity, the principle that similar properties should be taxed similarly, and then layering on owner relief programs consistent with the longstanding ability-to-pay principle. The result is a system design that will help ensure low- and moderate-income owners have affordable tax bills and primary residents are not displaced from neighborhoods that they have called home.

The Final Report includes structural changes that would make the system more equitable and understandable by:

Recommendations also include targeted relief for primary resident owners to help them better afford their tax bills, including:

Circuit Breaker: In addition to the homestead exemption, a tax abatement for those who are tax-burdened, with incomes below $90,550, is recommended.

“While New York City’s property tax system has resisted reform for forty years, this comprehensive package of proposals offers a realistic path forward that addresses deep inequities and responds to the realities of vast differences in ability to pay. I urge the City’s State legislators to champion these reforms in Albany and show all taxpayers that government works in their interests,” said Commission Member James Parrott.

“The work of this temporary commission draws a roadmap toward real estate tax equity in New York’s property tax system, which has treated too many New Yorkers unfairly for decades. What frightens me the most, is that if government does not take the steps towards fairness and transparency now, the inequity between homeowners is going to grow more and more disparate each and every year to come,” said Commission Member Allen Cappelli.

“Over the past three years, the Commission has worked diligently to find solutions and/or recommendations to make our current property tax system more efficient, understandable and transparent. I believe the recommendations in our final report make real and substantial progress towards realizing those goals.  Accordingly, I want to thank my Commission colleagues, as well as the invaluable support staff from the New York City Council, the Mayor’s Office, the Department of Finance, and the Office of Management and Budget for their hard work and dedication to our mission,” said Commission Member Kenneth J. Knuckles.

“New Yorkers deserve a fairer property tax system than what we have, which is getting more unfair with each year. The Commission presents a road map for a fairer and simpler system. Our elected officials need to follow that road soon,” said Commission Member Carol O’Cleireacain.

“The Commission was asked to develop recommendations to make the property tax system fairer, simpler and more transparent. The recommendations in this report will do just that and, if enacted, benefit residents who have been taxed unfairly for far too long,” said Commission Member Elizabeth Velez.

Mayor Bill de Blasio and Speaker Corey Johnson announced the Commission in May of 2018.  It was charged with developing recommendations to reform the existing property tax system to make it simpler, clearer, and fairer, while ensuring that there is no reduction in revenue to fund essential City services. 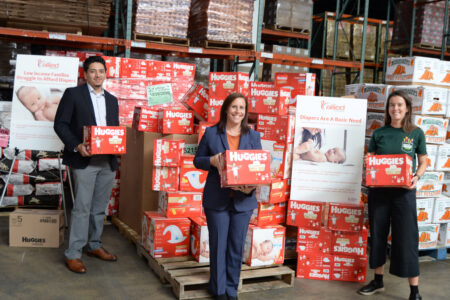