The Bronx River Arts Center, a key part of the borough’s cultural scene for over three decades, will be reopening its renovated building to the general public for the first time on Thursday evening, May 17th, as part of the City-sponsored NYCxDesign festival.

The event, from 5:30 p.m. to 8:00 p.m., will include an artist studios open house, building tours, and a preview of a new art installation coming this summer to nearby Starlight Park. The event is free and easy to access; the Bronx River Arts Center is just steps from the West Farms Square stop of the E line. Tremont Avenue subway station on the 2 and 5 lines. The building is easy to spot, with its colorfully patterned facade that spells out its name.

BRAC, as the non-profit organization is also known, is moving back into its home after a seven-year exile that required it to lead a nomadic existence of pop-up events and temporary facilities, at one point even using an employee’s apartment as offices.

But now, back where it belongs, BRAC is once again offering a dizzying array of arts and cultural programs. These include arts classes for children, teens, and adults, covering drawing, photography, ceramics, computer design, and other media. The organization also provides artist studio spaces, a storefront gallery, and, coming later this year, a coworking space for emerging entrepreneurs focused on arts and environmental issues. It serves local residents from under resourced communities but with its many offerings it also attracts a diverse mix of participants from across New York City and beyond.

True to its name, it blends ecological priorities into its cultural activities, which is also reflected in its just completed building and site upgrades. Thanks to over $12 million in City and private funds, these include new energy efficient building systems, a green roof, and a riverside garden.

One Saturday last month, BRAC provided Untapped Cities a look at the rehabbed building as staff and volunteers proudly welcomed back classes to the building. The space brimmed with energy from young artists — perhaps the next Frida or Kehinde — creating new works of art. “It was a wonderful thing to see the happy faces of the returning and new students that participated,” BRAC Executive Director Gail Nathan said.

See the photos above, which show one of the rooms we visited during a tour last year when renovations were still in progress and that same room during our recent visit. BRAC was still unpacking boxes and while there isn’t much in the way of interior decoration yet, we imagine that before long art produced within these walls will find their way onto them.

This homecoming is the latest chapter in what is a long running Bronx tale. BRAC was founded in 1987 but its origins go back even earlier to arts programs started by an environmental organization called Bronx River Restoration. In 1982, the Bronx River Restoration Storefront Gallery started hosting art shows and classes in what is now the BRAC building, a riverfront property located near the intersection of East Tremont Avenue and Boston Road. The four-story, former commercial building, found a new life as a vibrant hub of the West Farms neighborhood.

While the Bronx River Restoration project faded away, its spirit was carried forward by BRAC and the Bronx River Alliance, which serves as a steward and advocate for the river. As Untapped Cities reported last year, Bronx River Alliance is moving into its new facility, River House, located close to BRAC in Starlight Park. These two non-profit organizations are working on new projects together, including the “River Rising / Sube El Rio: An Exposition of Science, Art and Technology,” an exhibition of eight public art projects opening June 30th in Starlight Park. According to BRAC’s Laura James, the group is hoping this project will lead to a permanent sculpture garden in the park.

The open house event on May 17th will present information about this upcoming installation, which draws its inspiration from the Bronx International Exposition of Science, Arts and Industries, a World’s Fair held in the park in 1918.

“Dialogues: Tim Rollins & K.O.S. And Glenn Ligon” At The Bronx Museum Of The Arts 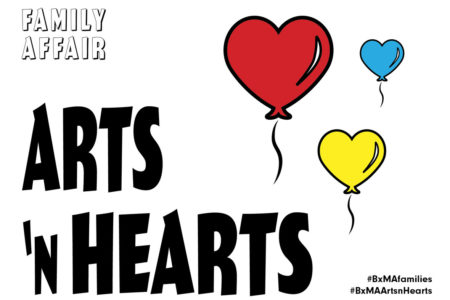 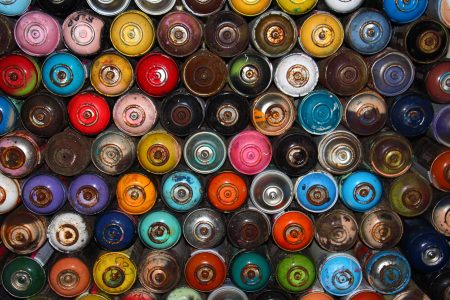