The Hollywood Reporter exclusively debuts a recent stunt by Macklemore and Ryan Lewis, in which the Grammy-nominated duo boards a northbound Bronx bus to surprise its commuters.

After paying their fare, Lewis drops his hoodie, hits the ‘play’ button of a boom box and beings to clap on beat. Macklemore then walks down the bus aisle, tossing paper towels while rapping their hit, “Can’t Hold Us,” as the other passengers dance and sing along.

The stunt is part of the Grammy’s “Music Unleashes Us” multiplatform ad campaign, aiming to capture people’s natural, visceral and sometimes uncontrollable reactions to music. The duo’s spot is one of four short films; the other three feature the hits of Eminem, Katy Perry, and Pink and fun.’s Nate Ruess.

Soon, you will also be able to play the included video backwards – as the ceremony date draws closer, the campaign will release the first-ever “backmasked” rich media film – a technique similar to when ’70s artists backmasked their albums. The Grammy Awards’ social media platforms and websites will feature GIFs and other short videos of people “unleashed” by music, and users can share their own with the hashtag #MusicUnleashes.

“In previous years, our campaigns have focused either on the fans or the artists,” says Evan Greene, chief marketing officer of The Recording Academy. “This year’s campaign highlights the common bond between fans and artists – our visceral connection with music.” 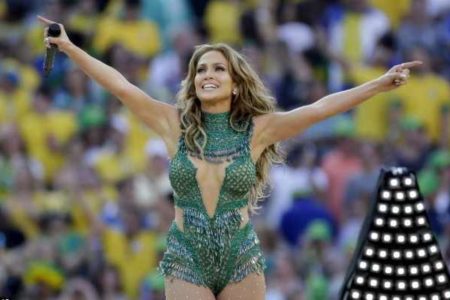 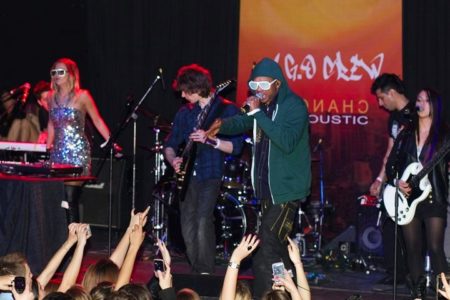