The New York City Police Department is asking for the public’s assistance in ascertaining the whereabouts of the unidentified male, who is seen in the attached surveillance photographs and is being sought in connection with a non-fatal shooting assault, which occurred within the confines of the 40th Precinct in the Bronx.

It was reported to police that on Thursday, October 22, 2020, at approximately 1850 hours, two 18-year-old male victims were standing in front of 665 Westchester Avenue, when they engaged in a verbal dispute with an unidentified male individual. The individual then fired multiple gun shots from a silver firearm and struck one victim in the chest and the other victim in the back before fleeing on foot towards 664 Westchester Avenue (St. Mary’s Houses).

The victims were removed to Lincoln Hospital in stable condition.

The individual is described as a dark-skinned male, approximately 16 to 18 years of age, medium build, with black hair. 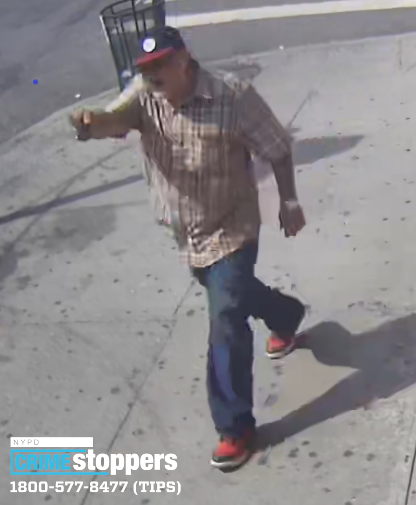