The New York City Police Department is asking for the public’s assistance identifying the following two male individuals, depicted in the attached surveillance photographs, who are wanted for questioning in connection to a non-fatal shooting / assault, that occurred within the confines of the 48th Precinct in the Bronx.

On Tuesday, December 22, 2020, approximately 0103 hours, a 22-year-old male victim entered his residential building located in the vicinity of Crotona Park North and Arthur Avenue, when two unidentified male individuals approached the victim from behind and displayed firearms.

The individuals then shot the victim multiple times, striking him once in his finger and once in his right forearm before fleeing in separate vehicles, gray Hyundai Elantra and the other is a royal blue Honda Civic to parts unknown.

The victim was removed in stable condition to NYC Health + Hospitals / Columbia by private means.

Individual #1 is described as a medium-dark-skinned male, Hispanic, approximately in his 20’s, with a medium build and last seen wearing a black coat with brown fur on hood, black hoodie sweater, light blue jeans, multi-color sneakers and a white mask.

Individual #2 is described as a dark-skinned male, Blsck, approximately in his 20’s, with a medium build and last seen wearing a green hoodie sweater with a woman drawing in black color in front of it, red sweat pants, blue winter hat, brown boots and white mask. 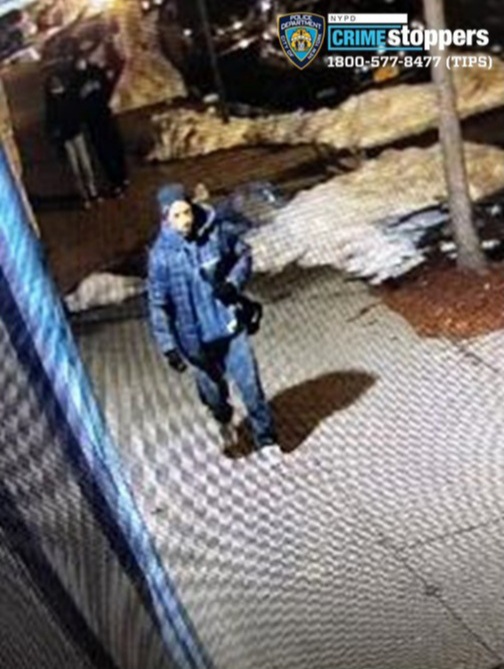