The New York City Police Department is asking for the public’s assistance in identifying the individual depicted in the attached photographs in connection to a menacing with a knife incident that occurred within confines 44 Precinct in Bronx / Transit District 11.

It was reported to police that on Thursday, March 28, 2019 at 0630 hours, aboard a northbound “D” train in the vicinity of the 170th Street subway station, a 51 years old male victim got into a verbal dispute with an unknown female individual seated nearby which escalated into a physical altercation. The individual then displayed a knife and verbally threatened to cut the victim making him fear for his safety. When the train entered the station, the individual exited the train to parts unknown. The victim remained on the train. The victim was physically uninjured during this incident.

The unidentified individual is described as a female black in her twenties, last seen wearing all dark clothing.

Surveillance photographs were taken by the victim before the individual fled the train.

Jonathan Mejia, 24, Arrested For The Murder Of Daniel Valdez, 43 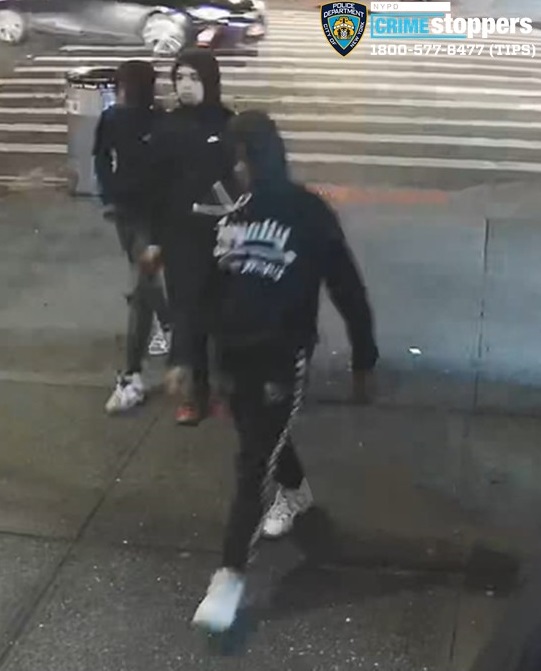