When I get home from work I like to blow off a little bit of steam by playing with my dog, Buster Brown.

Buster came from the dog pound so I do not know his full life history, but he is about 10 years old. Despite his membership in the canine branch of the AARP, Buster still likes to play like a puppy. He’s a thoroughly domesticated dog, behaving in some ways like he’s 10 weeks old rather than 10 years old.

People have long speculated about how the ancestors of dogs –wolves – were coaxed into a partnership with us that markedly changed both their looks and their behavior. One interesting long-term study done on foxes in Russia speaks to at least part of the puzzle of how wolves who won’t tolerate our company became dogs who are happy to play with us throughout their lives.

The story of the fox research hinges on the work of Dmitry Belyaev, a researcher who bred foxes over many generations starting in the late 1950s. Belyaev selected the most tame of the foxes he had living in cages to breed with each other. Some of the foxes were a bit more tolerant of people – and those were the animals Belyaev chose to breed with each other, generation after generation. Now, more than half a century later, some of the foxes in this long-running experiment act pretty much like domestic dogs, showing excitement rather than fear when approached by a human, wagging their tails at people, and accepting caresses from their caregivers.

I was reminded of the basic work done of Belyaev by the publication recently of a further study on the foxes done by Cornell University’s Lenore Pipes. Her results were presented at the Biology of Genomes conference and reported by the ScienceNews website.

The tame behavior of Belyaev’s interesting foxes must be related at some level to genetics, but researchers have not found simple differences in DNA that can explain the changes in the foxes’ behaviors. So for their parts, Pipes and her colleagues looked for differences in the activity of genes in certain parts of the foxes’ brains.

Pipes and her co-workers took two sections of the brains from a dozen tame foxes and a dozen of the most aggressive foxes that also have been bred in captivity. The sections of the brains at issue were the prefrontal cortex, an area that controls social behavior and decision-making, and the amygdala, a region of the brain that deals with emotions. The researchers found that the activity of many genes in those brain regions differed in the tame foxes versus the most aggressive ones. Score one for cutting-edge science.

Another part of the analysis focused on a gene called GRM3. Pipes and her co-workers found that the aggressive foxes – all of them that were tested – have one form of the gene, while most of the tame foxes have a different variant. I am sure there’s much we don’t fathom about the effects of GRM3, but it’s interesting to note that in people variants of the gene are linked to bipolar disorder and schizophrenia.

Although scientists are making impressive progress understanding animal brains and those of humans, we have still got a lot to learn. Pipes and her colleagues focused part of their work on serotonin. Serotonin is the chemical in brains that’s thought to be low in people with depression. Several common anti-depressant medications help boost the activity of serotonin. It is a known fact that tame foxes have more serotonin in their noggins than wild-type foxes do. Piper and her team had expected to find changes in the genes that influence serotonin levels. But only one gene appears to be related to that, far fewer than the many genes at issue in the prefrontal cortex and amygdala.

The minds of foxes – and we can assume dogs – have their complexity, it’s clear. It is impressive how rapidly we can change animals and their behavior by choosing who gets to be the mamas and the papas of the next generation. But we do not yet fathom how selective breeding makes for all the changes observed in foxes – and in animals like Buster Brown. 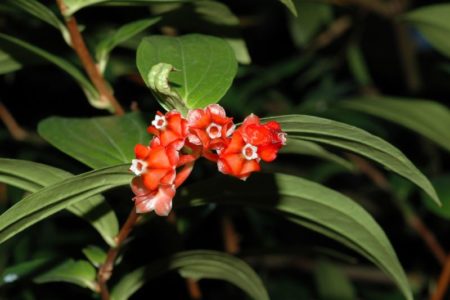