A television commercial for Fiat starring Jennifer Lopez has triggered a copyright dispute involving a Bronx-based graffiti crew whose work, according to them, is featured “prominently” in the ad. You can observe below on your own and decide. 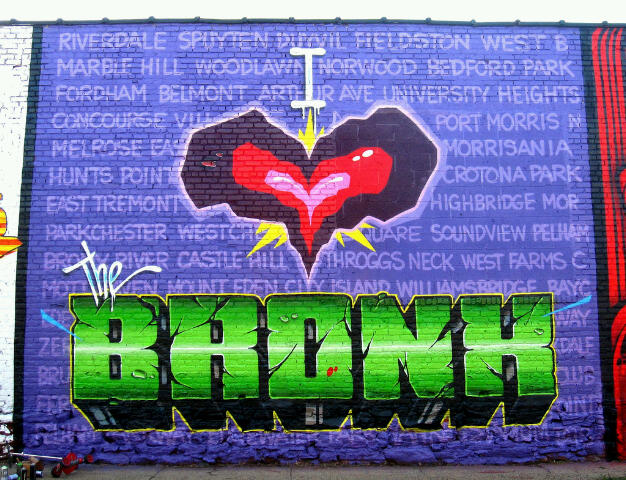 The commercial, titled “My World,” features Lopez and a series of images intended to evoke the Bronx borough of New York, where she grew up, including a break dancer, a man drumming on an overturned pail and a colorful mural, among many others, that reads “I Heart the Bronx.” The muralists, TATS Cru, say the image is copyrighted and was used without permission.

“That’s enough,” crew member Wilfredo Feliciano told the New York Times. “This has happened to us in the past, and it’s not cool. We had to do something about it.” Stacey Richman, the graffiti artists’ lawyer, said that the advertising agency and Chrysler, a subsidiary of the Fiat group, have yet to respond.

As shown on the YouTube snapshot of the video, the mural appears between the 4th and the 5th seconds of the ad as the car drives by in full speed. TATS Cru claim seems ridiculous and an eventual law suit would be frivolous and without merit.

The real concern should be whether the graffiti in question was a legal one or the City should investigate and fine the group for defacing public property.