New York Attorney General Letitia James, as part of a coalition of 51 attorneys general from around the nation, today filed an antitrust complaint in federal court alleging that key individual executives and manufacturers of dermatological, generic drugs engaged in a widespread conspiracy to artificially inflate and manipulate prices, reduce competition, and unreasonably restrain trade for generic drugs sold across the United States. The complaint alleges broad, coordinated, and systematic antitrust violations, price-fixing, market allocating, and the rigging of bids for more than 80 different topical, generic drugs. The complaint also shines a light on an overarching conspiracy across the industry that links those individual agreements together.

“Generic drugs are meant to provide consumers with reliable, cost-effective alternatives to name-brand medication, but because of a widespread conspiracy between these companies, consumers were left paying the bill while pharmaceutical executives lined their pockets with billions,” said Attorney General James. “These companies put profits over public health, which could have resulted in millions across the country being left without the vital medication they needed. Our coalition includes almost every state, district, territory, and province because Americans across the nation were cheated out of their money and it is time these companies are held accountable.”

Today’s complaint names as defendants 26 generic, dermatological drug manufacturers and 10 individual executives at these companies. From at least 2007 through 2014, three manufacturers — Taro, Perrigo, and Fougera (now Sandoz) — sold approximately two-thirds of all the generic topical products dispensed in the United States. In an effort to manipulate the market and consume a larger share of the market than would otherwise be allowed, these companies repeatedly communicated directly and specifically to minimize competition, including by substantially raising prices on dozens of topical products. Other generic manufacturers — Actavis, Mylan, Teva, G&W, and Glenmark — did the same. This massive antitrust conspiracy adversely impacted virtually every federal, state, and commercial payor, and every person in the United States who used or paid for a generic topical drug from 2009 through 2016.

Topical products are administered through contact with an external body surface, and include creams, gels, lotions, ointments, shampoos, and solutions. Although mostly dermatology-related, topical products can also treat pain and allergies.

Today’s lawsuit is the third in a series of complaints stemming from ongoing antitrust investigations into the generic drug industry. The first complaint was filed in December 2016 and expanded in October 2017, and alleges that 18 of the nation’s generic drug manufacturers artificially inflated the prices of 15 different generic drugs. The second complaint was filed in May 2019 against 20 of the nation’s largest generic drug manufacturers for artificially inflating the prices of 100 additional generic drugs, and was expanded in November 2019 to allege an overarching industry-wide conspiracy.

The two prior state complaints have been consolidated for pretrial purposes in Multidistrict Litigation (MDL) 2724 in federal court in Philadelphia, in the U.S. District Court for the Eastern District of Pennsylvania. As with the earlier complaints, today’s dermatology complaint details pervasive antitrust violations in the industry that inflicted massive harms. It alleges that — to facilitate agreements to fix prices and allocate markets — competitors communicated, for example, when manufacturers were entering or leaving the market, when someone saw an opportunity to raise prices, when market shares were not “fair,” and when competitors did not “play nice.”

The multistate litigation continues to move forward, despite drug manufacturers’ continued attempts to delay a trial in the face of damaging evidence exposed against them. In 2017, U.S. District Judge Cynthia Rufe denied defendants’ motions to dismiss the states’ and other plaintiffs’ overarching conspiracy allegations. Following a case management order that compels defendants to produce significant materials from hundreds of custodians, defendants petitioned the United States Supreme Court for certiorari, which is pending.

The generic drug litigation is being handled by Assistant Attorneys General Bob Hubbard, Amber Wessels-Yen, and Beatriz Marques of the Antitrust Bureau, under the supervision of Acting Bureau Chief Elinor Hoffmann. The Antitrust Bureau is part of the Division for Economic Justice, which is overseen by Chief Deputy Attorney General Chris D’Angelo and First Deputy Attorney General Jennifer Levy. 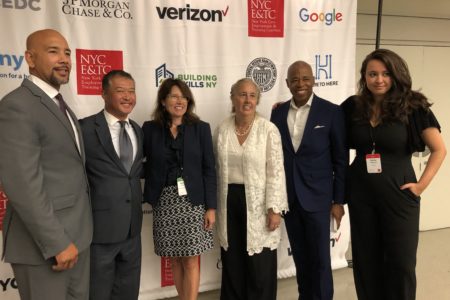