Home / News / Local / A Bronx Woman Killed In A Crash

A Bronx woman was killed in a two-car crash Saturday night on Route 22.

Three other people were injured in the 10:38 p.m. collision just north of Doansburgh Road.

The Putnam County Sheriff’s Department has not released the identify the woman killed, pending family notification.

Police said the a preliminary investigation indicates that James M. DeMartino Jr., 25, of Stormville, was driving a 2009 Nissan sedan northbound on Route 22 when he lost control and crossed the double-yellow line, colliding with a 2006 Honda driven southbound by Stephanie Wright, 50, of the Bronx.

Each car had a passenger. The female passenger in Wright’s car was pronounced dead at the scene. Wright had serious leg injuries and was taken by ambulance to Danbury Hospital in Connecticut.

The Sheriff’s Office said DeMartino suffered severe head and facial injuries. He was flown by medivac helicopter to Westchester Medical Center in Valhalla. His passenger, Paul A. Diaz, 25, of Carmel, suffered facial and scalp injuries. He was taken by ambulance to Danbury Hospital.

The injured had to extricated from both vehicles by firefighters from Brewster, Putnam Lake and Patterson.

The Sheriff’s Office said it is continuing its investigation with the Putnam County District Attorney’s Office. No charges have been filed. 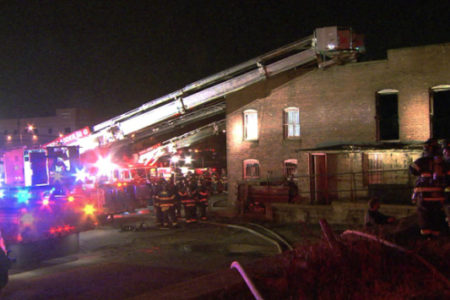