Police are looking for two men in connection with a vicious and random beating in Bronx, all over a cell phone.

At 4:40 p.m. December 30, 2016, on Boone Avenue, two men went up to another man and grabbed him from behind. Police said they dragged him to the ground.

The victim was repeatedly punched and the suspects stole his cell phone, according to the NYPD. The suspects fled on foot, heading east on 172nd Street.

Security video showed the sneak attack, a barrage of punches, and within seconds the victim is thrown to the ground.

The 54-year-old victim says he never saw the assault coming.

We caught up with the victim who does not want to be identified, but he told Eyewitness News about the robbery.

“They come from behind me, started punching me and I tried to protect myself,” he said.

The victim owns two delis in Bronx and was walking to a third store that is still under construction. It is in a booming location, on the ground floor of a recently opened building, and where other buildings are set to open soon.

“We are hard-working people,” said the victim. “We are trying to make a living, to survive. I’ve been working here almost 30 years.”

In the video, one of the suspects grabs the victim’s cell phone out of his hand, then the two men stand over him, but didn’t say anything nor steal anything else.

A passing car slows down and the suspects start to walk away. The store owner was not hurt.

Asked whether he was scared, he said “What happens if they have a knife, or a gun or something?”

As police continue to look for the suspects, the victim is undeterred, saying he still plans to open his store in March. 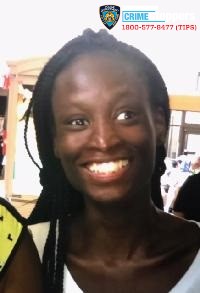