You should know that a few weeks ago, I had the opportunity to meet with Commissioner Gilbert Taylor from the Department of Homeless Services (DHS), to discuss a variety of issues that impact the homeless population in the City of New York.

I am very concerned with the lack of transparency on the part of DHS with regards to the disparity and secrecy with which it pays its providers not only in the Bronx but throughout the City.

You should know that back in August of this year, on the basis on information provided by DHS, I supported the tenants of 941 Intervale Avenue in my District, while DHS advocated for the closing of this site.

This was a mistake. In the weeks and months since then, we have gathered more information and have come to the conclusion that our efforts were misguided. Our focus should have been centered on the funding that was provided for that site and its corresponding expenses. Our research has uncovered great disparities in rates that are paid to shelter providers whether they operate Hotels, Clusters or Tier II sites, yet expectations are the same across the board.

It is important for you to know that it is with great concern that I write about these issues today, as it appears that DHS and the City have created a system with such varying levels of service that some families are assigned to shelters that provide 24 hour security and have a robust staffing pattern that is well positioned to meet the needs of those families, while other shelters are given insufficient funding and they struggle to ensure that families’ basic needs are met and that they provide a safe and secure environment. How is it possible for me to sleep at night, knowing that these extreme circumstances exist in a system that houses the most vulnerable New Yorkers?

You should know that there have been numerous shelter openings throughout the City since the start of Mayor Bill de Blasio’s administration, and I am aware that many of these new sites have opened with rates in excess of $120.00 per unit per day. These facilities include the Pan American Hotel and the Westway in Queens, as well as the Capri in the Bronx, among others. Furthermore, during my meeting with Commissioner Taylor, I specifically asked him why DHS is paying a Brooklyn based non-profit, Housing Bridge, more than an incumbent Bronx based provider, Aguila Inc., for the exact same services in the exact same building located at 3001 Briggs Avenue in the Bronx. The Commissioner had no answer.

It is important for me to let you know that after some further research by my staff, we discovered that Housing Bridge was started by Isaac Leshinsky, a supporter of Mayor Bill de Blasio, and a member of his transition team. This is completely unacceptable. First of all, there are many capable Bronx based social service providers that could have assumed responsibility for this site.  However, it is most concerning that a dramatically higher rate is being paid to Housing Bridge when the incumbent provider could have continued operating the site equally as well or better than Housing Bridge, had they been paid the same rate.

In the fall of last year, DHS released an (Request for Proposal) RFP for four City-owned sites. This RFP indicated the following rates for these sites:

If I understand this correctly, these rates are for social services, security and maintenance, since rent, taxes and utilities are paid by the City. How is it possible that City owned sites have such rich social services and security packages and Hotels and Clusters are funded so inadequately?

How can the same standards be applied across the board when there is such disparity between the rates that are being paid? How is it possible that performance expectations are applied so consistently across all shelter types yet funding disparities make it all but impossible to meet these expectations?  It makes a mockery of the VENDEX system and the Shelter performance reports that are used by the City to rate providers.

You should know that after my office reviewed the DHS Comprehensive 4-Point Plan to reduce homelessness, I was struck by the fact that there are over 3000 cluster units throughout the City. It is my understanding that these cluster sites house some of the largest families in the system, yet the rates that are being paid at these sites are significantly lower than at City owned sites. These cluster providers have to pay rent, taxes and utilities.  I am also struck by the fact that an administration and its agency’s leadership touts itself as being concerned about the health and safety of the families throughout the shelter system, yet does not feel compelled to adequately fund sites so that there can be 24 hour security at every site and appropriate social services at every site to ensure successful results for all families.

Furthermore, I am also struck by the fact that while DHS was instituting dramatic cuts to cluster providers, DHS failed to cut rates at their City owned properties.  Some of these city owned shelters are the best-funded and best-staffed programs in the system.  It appears that an across the board 3% cut would have yielded the necessary monies to fund the rental assistance program being advanced by the Mayor and would not have created the unsafe conditions that currently exist in the under-funded programs.

The cluster sites may not be the most ideal model, but it is the only avenue DHS has to quickly house large families. Yet the burden of the rate cut was solely felt by Cluster providers. How is it possible that DHS feels comfortable to cut the rates at 3000 apartments that house over 50% of the families with children in the system, yet it pays more at hotels with small rooms?

You should know that during my meeting with the Commissioner, I specifically requested details with regards to rates paid to providers who support the many homeless families and individuals throughout the City.

That request included a list of every shelter in New York City, both contracted and non-contracted, indicating the rates paid at each site, and which sites are City-owned and which sites are not.  It is important for you to know that as of today, I have not received a response.

This is Senator Ruben Diaz and this is what you should know. 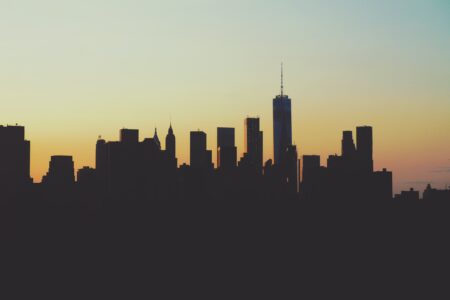