You should know there is an old saying that you should be careful what you wish for because you might just get it.

This means that sometimes we think we want something that will benefit our lives or help us to come out ahead, but when we get these things, they can turn out to be Achilles’ heels and make us feel sorry for ever wanting them.

Such is the case with the DREAM Act that failed to pass in the New York State Senate. Its failure to pass caused a huge embarrassment for our Senate Democratic Conference, and the DREAM was taken away from 8,000 undocumented students in the State of New York.

It was well known that the votes to pass the DREAM Act in the Senate were not there. We all knew it! But everyone, lobbyists, unions, and “Dreamers,” pressed Jeff Klein to bring it to the floor for a vote, maybe thinking that he wouldn’t be able to do it. You never bring a bill of such importance to the floor for a vote unless you are sure you have all the votes to pass it.  You never bring a bill to the floor, only to have it fail.

You should know that it is possible that some of my colleagues planned to use the DREAM Act vote as an opportunity to embarrass Senator Jeff Klein and his fellow Members of the Independent Democratic Conference, which is comprised of Senators Diane Savino, David Carlucci, David Valesky and Tony Avella.

It is quite possible that some of my colleagues wanted to press Senator Jeff Klein and the IDC to bring the DREAM Act to the Floor for a vote, thinking that Senator Dean Skelos and the Republicans would never allow it to come to the Floor. This would give some people the opportunity to turn against Jeff Klein and call him all kind of names.

It is also possible that many people thought that by Jeff Klein’s failure to bring the DREAM Act to the Floor, it would provide an opportunity to weaken the IDC and its Leader.  But surprise, surprise … it all backfired and instead, Senator Jeff Klein and the IDC are today stronger than ever.

In fact, they have made a hero out of Jeff Klein.

Those colleagues of mine who were present in the Senate Chamber on March 17, 2014 got a surprise when Senator Jeff Klein managed to bring the DREAM Act to the Senate Floor for a vote, and also as a leader delivered the votes of all the IDC members.

We needed 32 votes in the Senate for the DREAM Act to pass, and sad to say, we lost by 2 votes. The vote tally was 29 Nays to 30 Ayes. Two Democratic Senators voted against the DREAM Act. They were Simcha Felder from Brooklyn and Ted O’Brien from Monroe County in upstate New York. All of the IDC Members, I repeat, were united with their leader, Senator Jeff Klein, voting yes for the DREAM Act … and we Democrats were left with egg on our faces.

You should know that there are reasons for many of my colleagues to be angry at Jeff Klein and the IDC Members. That is understandable! But we cannot continue to hold grudges. For the good of the Senate Democratic Conference, we should all put our pride aside.

By being able to convince the Republicans – even though they all voted against the DREAM Act – Senator Jeff Klein has proven to be a worthy leader. He is someone who keeps his word, and someone who could be of tremendous help for us Democrats to get back into the Majority.

Ladies and gentlemen, I have fond memories of listening to the late New York City Mayor Ed Koch when he dubbed himself the “Voice of Reason.” In this instance, and in that same spirit, I would like to think of myself as a similar “Voice of Reason” and urge my Democratic colleagues in the State Senate to bring Senator Jeff Klein and the IDC back. We need them now more than ever. 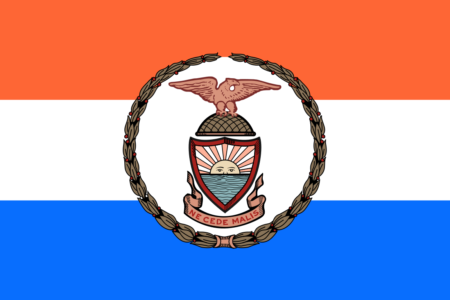 State Of The Borough Reception