The city’s Department of Finance estimates that all New York’s real estate put together is now worth $1.16 trillion (go figure). But not all boroughs are created equally.

The agency gave a breakdown of how the boroughs changed in market value over the last year as part of their annual property tax assessment. The total value of real estate in Manhattan might seem impossible to compute, but the city pegs it at $455.22 billion for all four combined property classes. That number, for fiscal year 2018, represents an 8.24 percent increase from $420.55 billion the year prior.

Bronx remains the least valuable borough, but thanks in part to a flurry of large-scale development projects, is now neck-and-neck with Staten Island. Bronx’s real estate is valued at $66.12 billion, compared to Staten Island’s $67.10 billion. And Bronx’s appreciation in value, at 7.24 percent, was third overall.

City-assessed market value for tax purposes, however, can be a great deal lower than what the property could actually sell for on the open market. If recent sale comps were used instead, that $1.16 trillion number could suddenly look very small. 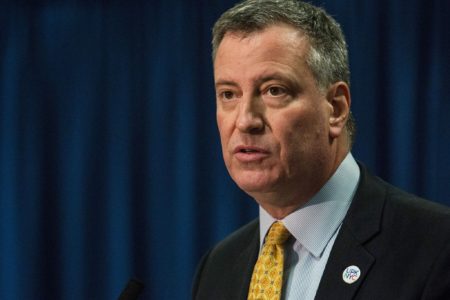