MTA Arts & Design announced today that 33 musical acts have been added to its Music Under New York program (MTA MUSIC) following a highly competitive application process and auditions held earlier in May at Grand Central Terminal.

The performers were chosen from 72 finalists who were invited to audition live for a panel of judges and the public at the annual MTA MUSIC auditions held on May 21. They each had five minutes to perform for judges scoring them on quality, variety, and appropriateness for the transit environment, among other criteria. For this year’s new class of performers, MTA Arts & Design received 318 applications to join MTA MUSIC.

“We thank all of our finalists for treating us to an amazing day of auditions, and we are very excited to introduce the 33 groups and performers who are joining our MTA MUSIC family this year,” said MTA Arts & Design Director Sandra Bloodworth. “We can’t wait for our customers to catch them in the transit system performing under the Music Under New York banner for the first time.”

MTA Arts & Design typically adds approximately 20 acts each year to the MTA MUSIC roster, which includes more than 350 performers representing a wide variety of musical genres and cultures as diverse as New York City itself. This year’s new performers come from all five boroughs of New York City, as well as surrounding areas such as Nassau and Westchester counties, New Jersey and as far away as Glastonbury, CT.

Applications for MTA MUSIC open each year in January with a deadline for completed submissions online in March. Finalists are invited to audition before judges, and performers are chosen based on their scores from the auditions. Once accepted, MTA MUSIC performers are hosted at approximately 30 high-traffic locations throughout the transit network, including MTA subway stations and commuter rail terminals, with schedules revised every two weeks.

The program, which started as a pilot in 1985, is currently in its 32nd year and is one of the many visual and performing arts programs administered by MTA Arts & Design to enhance the station environment for customers. Classical guitarist Shogo Kubo, who joined MTA MUSIC nearly 15 years ago, performed during the lunch break of this year’s auditions.

As with all performers in the subway system, MTA MUSIC performers must abide by MTA New York City Transit’s Rules of Conduct, which are enforced by the New York Police Department.

This year’s additions to MTA MUSIC are: 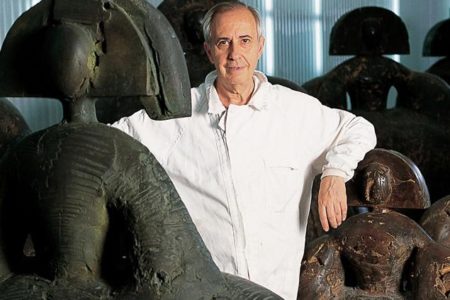