Newly cleared of a Bronx murder for which he spent 20 years behind bars, Richard Rosario is hauling the city to court for ignoring 13 alibi witnesses who could put him in Florida at the time of the killing.

Now represented by the Neufeld, Scheck, & Brustin law firm, Rosario was living part-time in Deltona, Florida, in June 1996 when the 20-year-old learned he was wanted in Bronx for murder.

That month two unknown assailants, one Hispanic and one black, had shot 17-year-old Jorge Collazo in the head on Turnbull Avenue.

Rosario had grown up in the Bronx but insisted that, at the time of Collazo’s murder, he was in Florida for the birth of his second child.

He said he never knew Collazo, that no physical evidence tied him to the crime, and that 13 people supported his alibi. Several of these witnesses — among them a sheriff’s deputy, Rosario’s pastor father and a corrections officer friend — reportedly passed polygraph tests.

Despite this, Rosario was found guilty in 1998 of the murder. Filing suit Monday in Bronx County Supreme Court, he claims that this conviction was the product of witness coercion, suppressed evidence, and a “flimsy case” in which police failed to follow up on alternate leads.

Police officers were “under pressure to close the case quickly,” the complaint continues, and “deliberately manipulated witnesses and prosecuted Rosario for the murder despite lacking any reliable evidence of his guilt.”

Rosario also accuses officers of fabricating evidence, failing to properly investigate his alibi, and failing to investigate the accomplice in Collazo’s murder. “Because defendants’ case against Rosario was based on false and fabricated identifications, any investigation into the true perpetrator would have undermined their evidence and risked exposing their misconduct,” the 38-page complaint states.

Rosario, who had a prior conviction for robbery, notes that he flew into New York voluntarily to clear his name when he heard police wanted him for the Collazo murder.

During hours-long questioning, he says police tried to “browbeat” a confession out of him by slamming pictures of Collazo’s body on the table and threatening to take away Rosario’s wife and children for the rest of his life.

Rosario also alleges police coerced testimony against him from witnesses.

Michael Sanchez for example was a friend of Collazo’s who was at the scene of the crime. Though Sanchez initially told a bystander he had not seen the shooter, the complaint says he later identified Rosario to police as the killer.

Rosario says a food truck vendor was in the vicinity of Collazo’s shooting as well. Though this man picked Rosario out from a photo, he could not identify Rosario from the witness stand later during the trial.

A third witness, a maintenance worker, initially could not identify the shooter until picking Rosario out of a photo lineup in a subsequent interview after police told him that other witnesses had identified Rosario, according to the complaint.

Rosario says the city also buried testimony from another witness who claimed to have heard the shooter shout, “This is for you, George!” during the murder — indicating the shooter knew Collazo. With this testimony never documented or disclosed to prosecutors or Rosario’s attorneys, the complaint says defense counsel were given redacted police reports.

Collazo was the son of a New York City transit police officer. Suspicion arose after his murder that he was involved in the drug trade, and a loaded handgun found near the body was believed to have belonged to Collazo.

Rosario says Collazo began carrying this .380 pistol out of “fear[] for his life because he had slapped Lymari Leon, Sanchez’s ex-girlfriend.”

Despite this alternate lead, Rosario says police never followed up on it.

Rosario testified at trial that he had been in Deltona, Florida, for months prior to and on the day of the murder. He says it was the weight of the witness testimony against him that swayed the jury.

Sentenced to 25 years to life, Rosario made several unsuccessful attempts at clearing his name until NBC’s “Dateline” made his case and its various problems the focus of a 12-episode documentary series in 2016.

Just before the conclusion of the documentary series, Bronx District Attorney Darcel Clark looked into Rosario’s alibi and sent an investigator to Florida.

After 20 years served, Rosario was released in March 2016 based on DA Clark’s conclusion that he had not received a fair trial. The indictment was officially dismissed roughly seven months later.

The complaint, which names as defendants the city and six NYPD police officers, seeks an unspecified amount in compensatory and punitive damages for malicious prosecution and civil rights conspiracy.

Emma Freudenberger, an attorney for Rosario at Neufeld Scheck, said in an interview that the misconduct described in the lawsuit “is just the tip of the iceberg.”

Rosario “looks forward to proving his innocence in front of a jury,” she added.

A spokesman for the New York City Law Department declined to comment on the case. 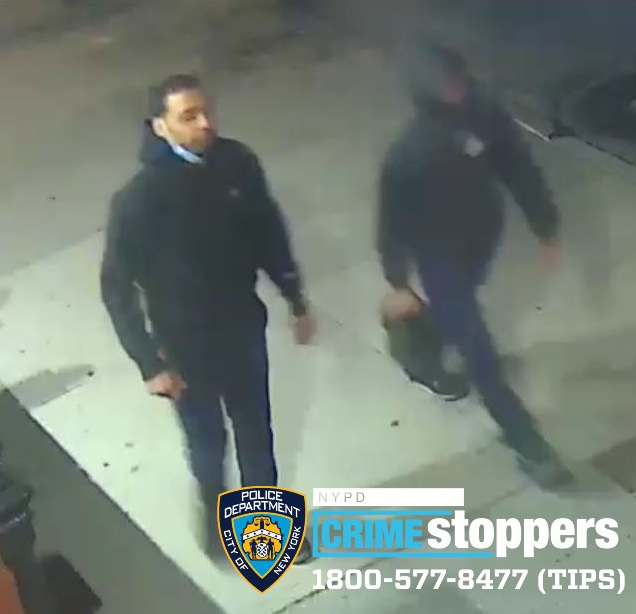