Police on Wednesday were searching for a man who ripped off a cellphone for a woman at Bronx subway station, and sent her plunging down the stairs during the struggle.

Around 9:30 a.m. Monday, the 25-year-old woman was on a southbound No. 6 train as it stopped at the St. Lawrence Avenue station in the Parkchester section of Bronx, police said.

When the train doors opened, a man she did not know grabbed her white iPhone 5 from her hand as she exited, police said.

A struggle ensued, and the woman was thrown down the stairs leading from the elevated subway platform to the street, police said.

The woman suffered bruising and lacerations to her right hand, police said. The suspect ran off.
The victim was treated by paramedics at the scene, police said.

The suspect was described as a black male standing about 5 feet tall and weighing 140 pounds, police said. Police have released surveillance video and photos of the suspect. 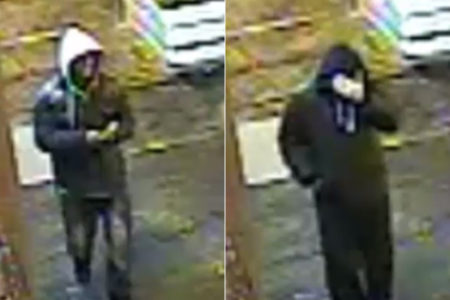