With the NY State Gaming Commission having approved nine sports betting apps to launch, experts expect mobile wagering to be available in the state by January or February at the latest, allowing bettors to wager remotely just in time for the Super Bowl and beyond.

The launch will add a myriad of opportunities to a market that has vast untapped potential.

New York City does not currently have available retail betting, with all of those options in the upstate area, New Jersey and Pennsylvania; in September, New Jersey became the first state to top $1 billion in monthly wagers, and nearly 91% of that mark came via online betting, according to SportTechie.

Countless New York residents, many of which are Yankees fans, are yearning to gamble in-state, as some even cross into neighboring states just to place a bet, The New York Times reported.

With the Yankees and numerous other area sports teams lending to tons of possible action, there is plenty for fans to gain from both in-person and mobile betting.

New York is expected to rake in $10 billion, as well as $1 billion of profit, through sports betting and it’s safe to assume much of that revenue will come via mobile gambling, same as New Jersey.

Not only will the launch of mobile wagering give customers a new avenue for betting, it will also allow them to take advantage from home with nine different mobile app options, such as Caesars Sportsbook New York.

Some of those apps, such as FanDuel, DraftKings and BetMGM, will even likely offer pre-launch sign-up promotions so that bettors can register early and claim no-deposit bets. They are also expected to offer sign-up bonuses once the apps officially launch, so those who do not join ahead of time can still cash in.

The anticipated launch means Yankees fans will not only have plenty of time to perfect their betting prowess before their team’s first pitch in 2022, but also be able to place bets on New York as the season moves along.

Plus, as mobile betting picks up steam in the state, it is likely fans will have even more avenues to place wagers by the time the postseason rolls around again.

It is all perfect timing for fans of one of professional sports’ most storied teams, situated in one of the country’s top markets.

The Yankees finished 92-70 last season, advancing to the AL Wild Card game. They were eliminated in that game, falling 6-2 to the Boston Red Sox, who homered twice off of New York ace pitcher Gerrit Cole.

The Yankees have not won the World Series since 2009, when they beat the Philadelphia Phillies in six games to claim an MLB-best 27th title, but there’s plenty to be hopeful for next season.

Owner Hal Steinbrenner praised manager Aaron Boone and General Manager Brian Cashman after the season while also awarding Boone a new three-year contract, calling him “one of the better managers in baseball,” the Associated Press reported.

Though the Yankees already fired several assistant coaches and parted ways with some players this offseason, their main issue last season was injuries, which kept the team from playing to its full potential. Considering New York still won 92 games and qualified for the postseason, there’s good reason for optimism heading into the 2022 campaign.

If the Yankees can stay healthy and add depth, fans may be able to both cheer on a winning team and cash in with mobile betting this upcoming season. 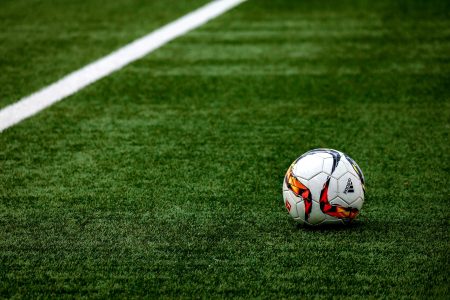