Teacher Victoria Friedrich of Bronx High School of Science in Bronx, NY was recently selected as a Claes Nobel Educator of distinction by The National Seociety if Hight School Scholars (NSHSS). 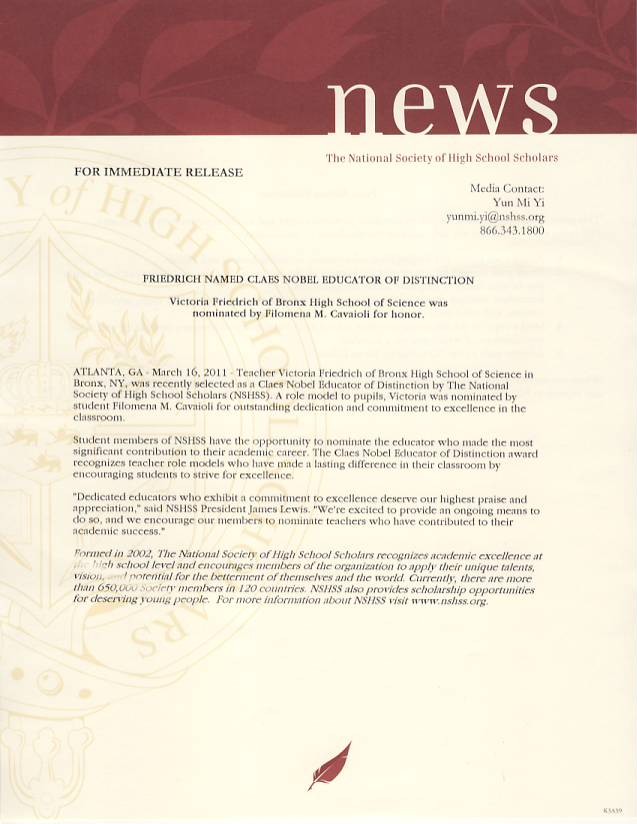 A role model of pupils, Victoria was nominated by student Filomena M. Cavaioli for outstanding dedication and commitment to excellence in the classroom.

Student members of NSHSS have the opprotunity to nominate the educator who made the most significant contribution to their academic career. the Claes Nobel Educator of Distinction award recognizes teacher role models who have made a lasting difference in their classroom by encouraging students to strive for excellence.

“Dedicated educators who exhibit a commitment to excellence deserve our highest praise and appreciation,” said HSHSS President James Lewis. “We are excited to provide an ongoing means to do so, and we encourage our members to nominate teachers who have contributed to their academic success.”

Formed in 2002, The national Society of Hight School Scholars recognizes academic excellence at the hish school level and encourages memenrs of the organization to apply their unique talents, vision, and potential for the betterment of themselves and the world. Currently, there are more than 650,000 Society members in 120 countries. NSHSS also provides scholarship opportunities for deserving young people. For more information about NHSS visit here.

Victoria Friedrich grew up in Bayside, daughter of Michael and Debbra Errante and now resides in the Bronx.

The George Washington University – December 2005 – B. A. in History and Political Science

Currently employed as a Social Studies teacher at her Alma Mater “Bronx High School of Science”, Class of 2002. 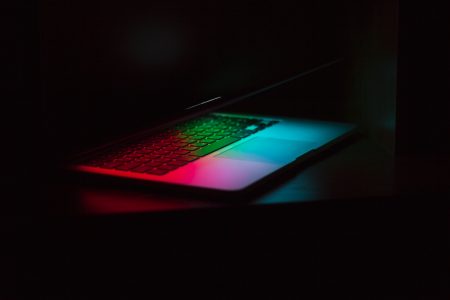 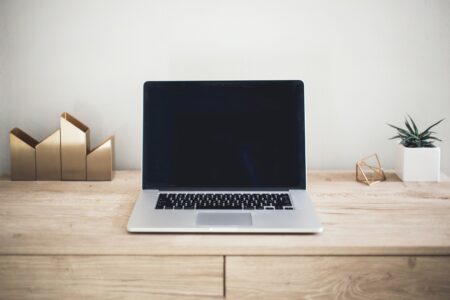 Can I Hire Someone To Write My Essay? 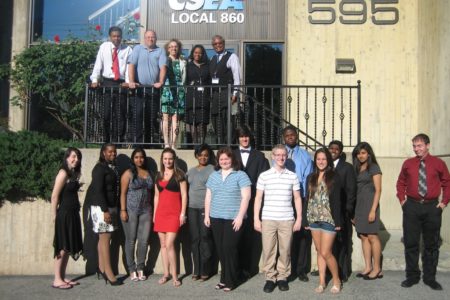