New York Attorney General Letitia James, as part of a coalition of 23 attorneys general, today took legal action to block the U.S. Department of Education and Education Secretary Betsy DeVos’ efforts to repeal critical protections for student-borrowers who have been misled or defrauded by predatory for-profit schools. In a lawsuit filed today in federal court, Attorney General James and the coalition challenge the Department of Education’s unlawful repeal of the “Borrower Defense to Repayment” rule that provided borrowers an efficient pathway to get relief from their federal student loans and created robust deterrents against for-profit schools that engaged in predatory conduct. The lawsuit also seeks to stop new regulations the Trump Administration has issued that only benefit these predatory, for-profit institutions.

“The repeal of these critical protections for student borrowers is just the latest in the long list of actions the Trump Administration has taken to prioritize profits for predatory schools over the success of our students,” said Attorney General James. “This rule does nothing more than prevent borrowers from obtaining the relief they need, which is why our coalition is fighting this gross injustice and demanding that the Department of Education and Secretary DeVos, for once, stop placing students in harm’s way. Students have a right to a fair, consistent, and transparent process of seeking debt relief, and predatory businesses and institutions have an obligation to bear the cost of their misconduct.”

The Higher Education Act of 1965 requires that the Department of Education issue regulations that provide students with a meaningful process to obtain federal student loan relief when their schools have engaged in misconduct or other predatory activities. Consistent with this congressional mandate, in November 2016, the Obama Administration’s Department of Education issued new borrower defense regulations that offered meaningful protections to defrauded student borrowers. The regulations built on lessons learned from the collapse of Corinthian Colleges, a predatory, for-profit chain of colleges that left tens of thousands of students across the nation — including hundreds in New York — in need of relief that the Office of the Attorney General (OAG) was able to secure in 2017. Specifically, the Obama-era regulations provided misled and defrauded borrowers access to a consistent, clear, fair, and transparent process to seek debt relief, and also protected taxpayers by holding schools that engage in misconduct accountable. The regulations also ensured that financially troubled schools provide financial protection to the federal government to ensure that — if they fail — taxpayers would not be left holding the bag.

But just two weeks before the Obama regulations were set to go into effect in 2017, the Trump Administration unlawfully delayed them. A coalition of states, including New York, successfully sued Secretary DeVos over the illegal delay. In November 2019 — after Secretary Devos’ delay attempts failed — the Department of Education issued replacement regulations that put the interests of predatory schools ahead of students by specifically creating a process designed to thwart relief for defrauded students and shield predatory schools from being held accountable.

In today’s lawsuit — filed in the U.S. District Court for the Northern District of California — Attorney General James and the coalition argue that the Department of Education’s repeal and replacement of the 2016 Borrower Defense to Repayment rule violates the Administrative Procedure Act (APA) and should immediately be vacated because it is arbitrary and capricious. The new rule rejects prior agency determinations going back decades without explanation, grounds analysis in uncorroborated claims and fundamental misunderstandings, fails to consider alternatives, and disregards facts and circumstances. Additionally, the coalition make clear that the repeal and replacement does not comply with Congress’s requirement that the Department of Education implement a meaningful process for borrowers to obtain relief. Instead, it establishes an illusory process that makes it practically impossible for students to qualify for borrower defense relief. The Department of Education admits as much by acknowledging that only around four percent of borrowers eligible for relief will actually be provided assistance.

Attorney General James has made defending college students and holding for-profit colleges accountable a priority since taking office. Just last month, Attorney General James filed a lawsuit to stop the Department of Education and Education Secretary Betsy DeVos from repealing the “Gainful Employment” rule, which provides critical protections to students considering enrolling in for-profit colleges and vocational schools that promise students “gainful employment in a recognized occupation” after graduation. Separately, the OAG has been active in protecting students from predatory for-profit schools and has recovered millions of dollars in restitution for students enrolled at for-profit colleges, including students of Career Education Corporation, DeVry University, and Education Management Corporation. Additionally, Attorney General James obtained an agreement to provide more than $2.5 million in debt relief to nearly 300 former ITT Tech students in New York after an investigation found that ITT Tech and Student CU Connect CUSO preyed on students by deceiving them into taking out student loans. 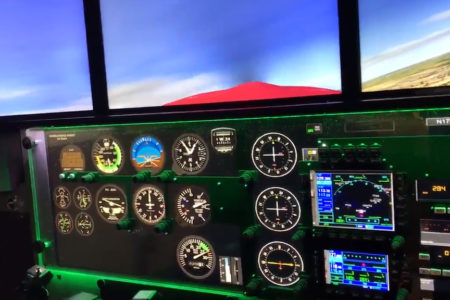