In 2015, two major Legionella bacteria outbreaks were reported in Bronx. In January of that year, eight people in the borough’s Co-op City public housing complex tested positive for Legionnaires’ disease. But it was a prelude to a far more dangerous outbreak that hit South Bronx in July and August, killing 12 people and sickening 120.

New York City Mayor Bill de Blasio and the City Council reacted quickly, enacting a groundbreaking law that imposed stricter regulation and tracking of cooling towers, widely seen as the primary source of the health threat, and increased penalties for failing to adequately test and inspect the water in the towers.

“The recent outbreak of Legionnaires’ disease was the largest in our city’s history, and it presented us with an unprecedented challenge,” de Blasio said at an August 2015 press conference on the legislation, “and we developed an unequally unprecedented response.”

But now, two years later, some experts argue that the legislation was too limited. While there has not been another outbreak on scale of the one that hit the Bronx in the summer of 2015, the overall number of Legionnaires’ cases has not declined.

“New York is confronted with a high incidence of Legionnaires’ disease, among the highest rates in the country, almost three times the rate of the rest of the country,” Brad Considine of the Alliance to Prevent Legionnaires’ Disease said during a recent policy discussion hosted by City & State and paid for by The Plumbing Foundation City of New York, a trade group. “The rates this year are up in the state and in the city, more than 70 percent.”

In New York City, 330 Legionnaires’ cases have been reported by the Centers for Disease Control and Prevention as of October 1, more than double the 160 cases documented at that point in the city a year ago. In the rest of the state, 414 cases have been recorded, compared with 247 in the same time period in 2016.

In recent years, the total number of cases in the state has fluctuated around 700 to 800 per year, rising to 870 in 2015. While the figure declined slightly to 718 last year, this year it is already at 744 cases statewide with three months to go.

The disease is caused by Legionella bacteria, which thrives in warm water. The disease can spread when bacteria-infected water enters the lungs, and those at risk are primarily older adults or those with lung disease or a weakened immune system.

Experts say that the bacteria is often present in biofilm clinging to the inner surfaces of water pipes, and can come loose and enter the water supply as a result of a disruption, such as a water main break or a change in pressure. Flooding may also introduce Legionella bacteria into water reservoirs.

“Any time that we’ve had a rain event of substantial quantity, two inches or more, we’ve noticed a plume of Legionella in the domestic water tanks, and that’s reflected by the testing,” said John Letson, the vice president of plant operations at Memorial Sloan Kettering Cancer Center, who also participated in the panel discussion.

There are plenty of proposals aimed at addressing the public health threat. One piece of proposed legislation in the New York City Council would mandate the installation of devices to prevent water flowing from buildings back into the water supply.

New York City Councilman Dan Garodnick, who helped pass legislation allowing residents to access the results of water tests in cooling towers on the buildings where they live, in 2015 introduced another bill that would require the city’s health department to share the water tank inspection results with the council and to have them posted publicly.

“We are now trying to push even further to require, by law, that every one of those building water tank inspections be available online so that anybody can see them – just go online, access it, figure what’s going on,” Garodnick said during the panel discussion. “That was something that the Department of Health had resisted when I first passed the bill. They have adopted it by rule now, and we want to actually codify that into law.”

New York could also follow the lead of more than 20 states that have a residual disinfectant requirement to kill off the bacteria at every point in the water distribution system, not just in cooling towers. And at the federal level, the Environmental Protection Agency could add Legionella bacteria as one of the contaminants it regularly tests for in the water supply.

But apart from individual regulations or pieces of legislation that address different aspects of the threat, such as the cooling towers, a broad-based analysis of the entire water supply system across city, state and federal agencies will be critical, experts said.

“You can’t really get at the issue by addressing one piece of equipment,” Considine said. “One of the issues, because it’s so challenging, the different entities involved have a difficult time coming to terms with trying to address it within their own space. … We also have to open ourselves up to the discussion of Legionella in the system and take steps to better understand what’s going on in the system.” 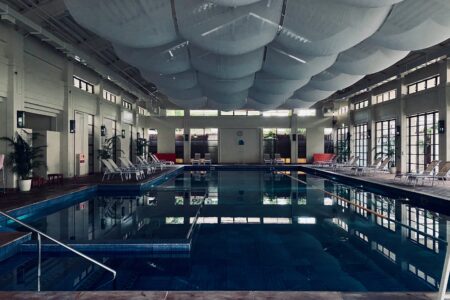