Even if I walked to work each day, I would still be indebted for my daily bread to cars and trucks.

The many goods we buy in stores arrive at their destinations courtesy of the internal combustion engine. Motors and engines are woven into the warp and weft of all our economic activity from farming to manufacturing. Although small amounts of biofuels are mixed with the gasoline we purchase, most of the fuel we use comes from crude oil.

Energy companies work night and day to develop and deliver petroleum and the many products made from it. Most of that work is uneventful and unseen by the public. But when things go wrong, a disaster of epic proportions can ensue.

Twenty five years ago – on the night of March 23, 1989 – the Exxon Valdez left the Alaskan port of Valdez filled with 53 million gallons of crude oil from the North Slope. The story of what happened as the giant ship, nearly 1,000 feet long, left the dock is recounted by Angela Day in her new book Red Light to Starboard: Recalling the Exxon Valdez Disaster (WSU Press). At first, the journey was uneventful. A harbor pilot was on the bridge to help steer the supertanker through a narrow passage. As was the custom then, he departed the vessel at that point, leaving Captain Joseph Hazelwood in charge of the bridge.

Day tells the story of how Hazelwood made some fateful decisions, including turning over the ship’s controls to a junior officer. As the giant vessel moved through a part of Prince William Sound that was thick with icebergs, the officer made more than one decision he would regret. Despite warnings from the lookout, within minutes the ship slammed into Bligh Reef, where it was grounded. As later inspection would reveal, the seven-eighths-inch steel hull had been punctured by the force of the impact of the ship on the reef. The tanker gushed oil at the rate of 14,000 gallons per minute. By dawn the growing oil slick was two miles wide and three miles long.

Day’s book relates the story of what happened to Alaskans – particularly fishermen and people who relied on the pristine waters of Prince William Sound for their living – in the wake of the Exxon Valdez spill. The events of just one night were to change the lives of thousands of fishermen for many years. The book centers on the story of one fisherman and brings to life the personal impacts of the spill. Although Exxon spent billions in clean-up efforts, fish and other wildlife were deeply impacted by the crude oil that coated everything it touched.

The giant spill launched enormous legal battles. Parts of the legal issues went through federal courts all the way to the Supreme Court. Many millions of dollars of fines and compensation were imposed on Exxon. (Hazelwood himself was convicted on a charge of negligent discharge of oil and fined $50,000 with a sentence of 1,000 hours of community service.)

Corporate payments, however large, have not fully restored parts of Prince William Sound. While the salmon catch and prices did eventually rebound, other parts of the fishing industry, such as the bait herring season, the spring roe herring fishery and a pot shrimp fishery, have not recovered. At this point, it remains a challenge to predict whether the fish and the wildlife of the Sound will ever recover to what they were before the spill.

What can we learn from the Exxon Valdez disaster and its aftermath? Day’s book points out that Alaskans from various walks of life had raised safety concerns before that fateful night 25 years ago. As she argues, employees in giant companies can be encouraged to raise safety issues rather than ignore them or remain silent for fear of reprisal. We need corporate cultures that value, rather than penalize, workers who raise safety concerns.

There is more to learn from the Alaskan tragedy that unfolded 25 years ago. Reading Day’s book is a good place to start cogitating on the full costs of the petroleum we use each day, and to start considering how changes in corporate culture can help prevent the next oil spill. 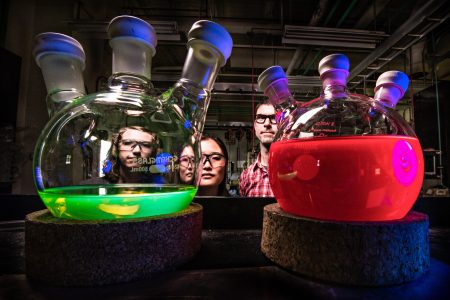 An Explosion In The History Of Life