Home / News / Business / The Renminbi Yearns To Be Free

“The outbreak of the current crisis and its spillover in the world have confronted us with a long-existing but still unanswered question, i.e., what kind of international reserve currency do we need to secure global financial stability and ensure world economic growth…The desirable goal of reforming the international monetary system, therefore, is to create an international reserve currency that is disconnected from individual nations and is able to remain stable in the long run, thus removing the inherent deficiencies caused by using credit-based national currencies.”

From a speech by Zhou Xiaochuan, Governor, Peoples Bank of China (PBOC)

As this essay was written, China had just announced that its foreign exchange reserves had leapt upward by $178 billion in the second quarter to an astounding $2.132 trillion. That number itself is probably an understatement. The bulk of these reserves are presumed to be in dollars. The world’s principal credit-based national currency used as an international reserve is of course the dollar, followed by the euro, the yen and the UK pound. Politely phrased in economics-speak the above quote is a call to get rid of the dollar and the other currencies as international reserves. Governor Zhou wants to replace them with some yet to be invented, to use a phrase found later in his speech, “super-sovereign” reserve currency. With all due respect to Governor Zhou, for an institution that wants to get rid of credit-based national reserve currencies, especially the dollar, the PBOC sure buys a lot of them.

Governor Zhou is the latest in a long line of distinguished statesmen, central bankers and economists who would like to dump the dollar, beginning with former French President Charles de Gaulle and his brilliant economic advisor, Jacques Rueff. But the buck since 1945 has retained its number one position, despite the complaints and despite occasional bouts of monetary and fiscal irresponsibility by the United States.

It is fashionable nowadays to interpret the huge build-up of Chinese dollar reserves as a symbol of US economic decline. The US is seen as being dependent on the newly emergent China, as a supplicant borrowing to maintain its standard of living.

But I don’t see it quite that way.  I concede that might be a long run trend. With 1.3 billion people and a possible GDP growth rate of 8-10 percent per year for the next thirty years and with the Obama emphasis on income redistribution and environmental spending rather than growth, China will, perhaps faster than people realize, replace the US as the world’s number one economy. But in my opinion this current reserve build-up reflects an error in policy, not the relative strengths of the Chinese and American economies. The call for a super-sovereign reserve currency represents an intellectually elegant attempt by the PBOC to put some international organization at risk for the PBOC’s dollar holdings. But it won’t work. China bought the dollars and is stuck with them. China made a mistake.

There are three major sources of dollars for the PBOC, namely, China’s trade surplus, capital flows into China and interest on its outstanding reserve holdings. Here is the basic argument: the PBOC didn’t have to buy all these dollars. It bought the dollars to hold down the value of the renminbi. The purpose was and is to keep China’s exports competitive. The export model.  I view the reserves as a form of vendor financing, a subsidy for the free spending Americans. And, as I have written before, this reserve buildup contributed mightily to the recent credit bubble and financial panic and an overbuild of export capacity on the China coast.

So what should China do now? In my opinion three things. First, don’t throw more good money after bad. Don’t buy more dollars. Let the renminbi appreciate, take the notational losses on the dollar reserves. The export model as a major growth engine is dead. The US consumer is deleveraging and facing higher Obama taxes. Of course the US will never formally default on its obligations. It borrowed in dollars. It will repay in dollars that can always be printed for the occasion. Reserve currency countries can do that.

Second, forget about passing off risks to international institutions. Governor Zhou mentions the IMF Special Drawing Rights (SDRs) in his speech. But what is an SDR? It is a basket of currencies consisting of dollars, euros, yen and pounds. What does China get from that? China could replicate the SDR basket in its foreign exchange holdings if it wanted to. That would probably entail selling dollars. But so would the creation of two trillion in SDRs. The SDR brings very little in financial value added and there are no major markets in SDRs. This contrasts with the euro which replaced sixteen national currencies and is a masterpiece of financial engineering and value added.

Third, and this brings us to the next section, move forward to make the renminbi a reserve currency.

Introducing the Next Global Reserve Currency – the Renminbi

“Cross the river by feeling for the stones,” Deng Xiaoping is reported to have said. In other words proceed but cautiously. In 1997 when Hong Kong was returned to China it would have seem preposterous that the renminbi would be a candidate for reserve status.  But when a country has 1.3 billion people and grows its GDP year after year at 10%, a new reality is created. The Chinese authorities have to go forward perhaps faster than they would like and hope there are stones to step on.

Rather than wait for super-sovereign solutions, the most realistic approach would be to free up the capital controls and let the renminbi float. This is something directly under the PBOC’s control. This in turn would enable the renminbi to begin to assume reserve currency status. Reserve status is impossible if the capital controls on the renminbi remain in place. The first step is to facilitate the denomination of trade in renminbi rather than dollars. Actually that may be what is happening now as Hong Kong banks were just granted permission to finance trade in renminbi. The renminbi can compete in the market with the dollar in Asia, as the euro has done in Europe. The European Central Bank does not intervene in the markets like the PBOC and does not pile up dollar reserves as a consequence. Furthermore, if China’s growth rate continues, in X years the renminbi will compete with the dollar globally. “Fifty Million Frenchman Can’t Be Wrong” according to the 1927 hit song.(Check it out on YouTube!) But they could be ignored. 1.3 billion ever-richer Chinese cannot be ignored. Unfortunately for de Gaulle, the French economy and franc never had the size to threaten the dollar’s supremacy. China will.

Competition within the system, not the miraculous appearance of a super-sovereign substitute. That is the realistic alternative. The US no doubt would thwart the creation of a super-sovereign currency anyway. But the US cannot stop the evolution of the renminbi to reserve status. Arguments against floating the renminbi are varied. The possibility of losses on existing reserves and driving another nail in the coffin of the export model have been mentioned. Perhaps another is political. Floating would involve giving up control in some fashion, something Chinese authorities may be reluctant to do. Noted international financial economist Ronald McKinnon has argued that a floating renminbi could soar to unacceptable heights and bring about a Japanese style deflation and lost decade in China. Finally there is the argument that money would immediately flow out in search of higher returns. But where would that be? Certainly some funds would flow into Hong Kong. But most Hong Kong stocks now are China stocks anyway.

One interesting phenomenon is the monetary situation in Hong Kong. Hong Kong has a currency board system called the Linked Exchange Rate (LER). The Hong Kong dollar has a target of HK $7.80/ US$1.00. A Convertibility Zone is maintained between HK $7.85 to HK $ 7.75.  The Hong Kong Monetary Authority(HKMA) will intervene to keep the HK dollar in that Zone. Since the end of 2008 the HK dollar has been right at the strong side of the Zone at HK $ 7.75.  The HKMA has had to intervene and buy US dollars to keep the currency in the Zone and as a result HK’s monetary base has doubled over the last year. Actually this is not a healthy phenomenon as US monetary overkill is automatically spilling over into Hong Kong. Part of the unhealthy “wall of money” that was discussed in the last issue and which has been pushing up Hong Kong real estate and stock prices.

Hong Kong’s economy gets more linked with mainland China’s every year. The current strength in the HK dollar is linked to the strength in the renminbi. Buying HK dollars is a way to speculate on the renminbi. Moreover people are starting to speculate that the HK /US dollar peg will be changed or broken to reflect the new reality. In the distant past the HK dollar had been pegged to silver, then to the UK pound, then a floating period. The HK peg doesn’t change often. But it has changed when the long term fundamentals changed. There is no doubt that the peg will sooner or later be changed to reflect the emerging power of the renminbi. And Hong Kong incidentally will benefit enormously from the elimination of Chinese capital controls.

Looking out longer term, a decline in the relative importance of the dollar and a relative rise in the importance of the renminbi seems inevitable. Changes in the Hong Kong dollar peg may symbolize this change. Readers skeptical about all this and facing a long airplane ride should read a new book by Martin Jacques entitled When China Rules the World, The Rise of the Middle Kingdom and the End of the Western World. Hopefully, from the view point of the West he exaggerated a little.

There are two investment risks, both emanating from the hyper expansionary monetary and fiscal policies being followed in most countries today. First, investors may lose confidence in all paper currencies, including both the renminbi and the dollar.  A flight to gold has happened but the threat is always there. Second, the possibility of new global bubbles is already being put in place. Nobody really knows the answer on either one of these risks right now. 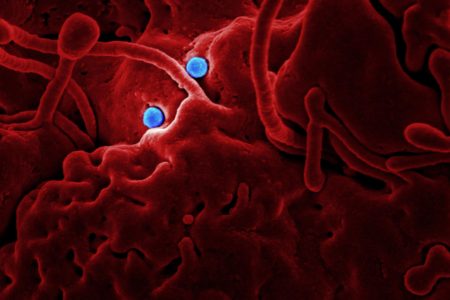 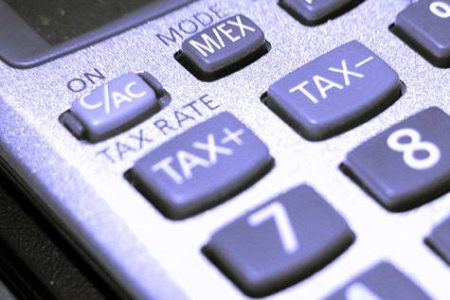