There is nothing like the power of strong female representation on the stage. The Open Gates Project presents its inaugural concert, “The Divine Feminine: Centering Women of Color in Early Music” on November 14, 2021 at the Pregones Theater in the Bronx, featuring an all women of color roster of artists. Additional concerts will occur on November 12 and 13, 2021 in Manhattan and Queens.

Named for the almighty creative force that brings all things into being, The Divine Feminine program is a triumphant celebration of womanly influence in the world. This inaugural program presents a range of visionary female voices from the early repertoire with that most vaunted of female figures, Mary herself, as its bookends.

From the jubilant medieval setting Hail Mary, Full of Grace to Pergolesi’s grand masterpiece, the Stabat Mater, Mary is brought to life in her many nuances: in deepest love and profound grief; in anguish; in hopefulness, in sensuality, and in the foundational joy of creation. Among the featured composers are Chiara Margarita Cozzolani, Barbara Strozzi, Francesca Caccini, and Sor Juana Inés de la Cruz. From sacred to secular and back again, this program honors the strength and grace of these masterful historic composers as presented by living masters of their craft: brilliant women of color, every one.

The Open Gates Project is a concert series dedicated to creating greater access to stages for musicians of color in Early Music. It simultaneously seeks to create greater access to Early Music for underserved communities. We want to see increased diversity on the stage AND in the audience. We saved your seat!

Proof of vaccination and the wearing of a mask will be required to attend all of these events. Check the website closer to the opening date for any updates.

About the Open Gates Project:

The Open Gates Project is a concert series dedicated to creating greater access to stages for musicians of color in Early Music. It simultaneously seeks to create greater access to Early Music for underserved communities. We want to see increased diversity on the stage AND in the audience!

Gene Murrow, executive director of Gotham Early Music Scene, has engaged bass-baritone Joe Chappel and soprano Michele Kennedy as co-directors of this series, curating concerts, engaging artists, and exploring exciting new venues, all in order to broaden the reach of Early Music. The Open Gates Project is the realization of a longstanding conversation that Gene, Joe, and Michele have been having for many years about ways to make Early Music more equitable for artists of color and more accessible to diverse audiences. This inaugural concert is a fitting way to launch the 2021–22 season, with a broader lens on this repertoire that is as artistically rewarding as it is inclusive.

Tanisha Anderson is a two-time Grammy Award-winning mezzo-soprano and National Marian Anderson Scholar Artist who has sung all along the east coast and in Europe with companies including but not limited to The Crossing, Opera Philadelphia, The Spoleto Festival of Two Worlds, VoxAma Deus Ensemble, and Philadelphia Symphonic Choir.

Mezzo-soprano Hai-Ting Chinn performs in a wide range of styles and venues, from Purcell to Pierrot Lunaire, Cherubino to The King & I, J.S. Bach to P.D.Q. Bach.  She has performed with New York City Opera, The Wooster Group, Philip Glass/Robert Wilson, OperaOmnia, American Symphony Orchestra; on the stages of Carnegie Hall, the Mann Center in Philadelphia, and London’s West End; and at Festivals including the Edinburgh, Verbier, Grimeborn, Tête-à-Tête, and Festival d’Autumne. Of mixed Chinese and Jewish ancestry, Hai-Ting is a native of Northern California and currently resides in New York City.  She holds degrees from the Eastman and Yale Schools of Music.

Japanese soprano Aine Hakamatsuka is the winner of the 2013 Yokohama International Music Competition. As a soloist, she appeared in Paukenmesse (Haydn), Magnificat (Schubert), Requiem (Faure), 9th Symphony (Beethoven), Cantata No. 51 (Bach), and Gloria (Vivaldi). She has performed in venues such as Lincoln Center, Carnegie Hall, The Metropolitan Museum of Art, and Kennedy Center.

Heather Hill‘s career encompasses work in opera, concert, Broadway and Voiceovers. Performances include Knoxville, Summer of 1915, by Barber with York Orchestra, The Phantom of the Opera, Broadway company and Carmina Burana at Carnegie Hall. Heather loves early music and is thrilled to perform with the Open Gates Project.

Patricia Ann Neely is an early bowed string player and music teacher. She holds a BA in music from Vassar College and an MFA in Historical Performance from Sarah Lawrence College. She has performed with many early music ensembles including Sequentia, Tempesta di Mare, Washington Bach Consort, Boston Early Music Festival Orchestra, Rheinische Kantorei Köln, among others. She is currently director of Abendmusik – New York’s early music string band. Patricia has been a member of the Board and Chair of the Equity and Diversity Task Force of the Board of Early Music America and is currently on the Board of the Viola da Gamba Society of America and Chair of its Equity, Diversity, and Inclusion Committee. She teaches at many early music workshops and was a long-time member of the music faculty at The Brearley School, in New York City.

Mexican mezzo-soprano Guadalupe Peraza has been a featured performer across the Americas and Europe. She has sung at Carnegie Hall and Lincoln Center and performed with New York City Opera and Bard Summerscape. Guadalupe will be a featured soloist with American Classical Orchestra in February 2022. “When Peraza sang one could momentarily forget the troubles of the world… [She exhibits] appealingly pure, direct storytelling. Peraza was unfailingly engaging and fully connected to the text”. – Opera News.

Nashville-based violinist Maria Romero Ramos is concertmaster of Music City Baroque. Maria has collaborated with Atlanta Baroque, Les Délices, and Orchester Wiener Akademie, among others, and has performed at Valley of the Moon Music Festival, Boston and Bloomington Early Music Festivals. She has appeared as soloist with the Princeton Festival, Mountainside, and Indianapolis Baroque Orchestras. She holds a doctorate from Indiana University and is on faculty at Vanderbilt University, where she teaches modern and baroque violin.

AnnMarie Sandy, mezzo-soprano, is garnering praise for operatic, concert, and recorded work. She is featured on New World Records recording of Scott Joplin’s Treemonisha. In 2007 she made her Lincoln Center debut performing the alto solo in Beethoven’s Symphony No. 9, and made her 2013 Carnegie Hall debut singing the role Ursula in the Strauss opera Feuersnot. AnnMarie features on Voices Fall from the Sky, an album of renowned free jazz bassist William Parker. The magazine PopMatters, describes AnnMarie as: “stretching her operatic range to sing notes of freedom, healing, and peace.” AnnMarie grew up in Houston, Texas and is based in Brooklyn, New York.

With a passion for social justice, representation, and relatability in the classical performing arts, Chicago-based Tiana Sorenson has been a guest panelist for #BlackVoicesMatter a virtual discussion with Milwaukee early music ensemble Aperi Animam, as well as a featured artist with Chicago-based organization Hearing In Color. She has also joined on projects with Philadelphia’s Grammy-winning new music ensemble The Crossing, and Boston’s all-women ensemble Lorelei. This past February she debuted with LOFT Recital in Minneapolis, singing on their Modern Black Womxn program.

“Excellent” (Greenwich Sentinel) Cuban-American soprano Amaranta Viera performs in the Unites States and abroad with ensembles ranging from the Choir of Trinity Wall Street to The New York Philharmonic in repertoire spanning a millennium. She specializes in music of the German and Italian early Baroque, and is passionate about engaging modern audiences with old music through the exploration of shared social and historical threads. She lives in Queens, New York with her husband and son.

Duangkamon “Wan” Wattanasak, a native of Thailand, currently pursues a Doctor of Musical Arts degree in harpsichord performance at Stony Brook University. A recipient of numerous awards in recognition of her musical and academic excellence, Wan enjoys a varied career performing across the United States and abroad, sharing her historical research at symposiums and workshops, teaching lessons and community classes, and directing diverse vocal and instrumental ensembles.

Among our activities are Midtown Concerts, a series of weekly free daytime concerts at the Church of the Transfiguration on East 29th Street; GEMS Live!, a booking agency securing paid concert engagements for New York-based ensembles; GEMS Concert Services, serving organizations and ensembles with marketing, box office, and front-of-house functions; Notes on the Scene, a semi-monthly newsletter emailed to about 9,000 subscribers; collaborations with major New York cultural institutions including The Metropolitan Museum of Art, Trinity Wall Street Church, The Juilliard School, Americas Society and others for special events such as The Play of Daniel and the GEMAS series of early music in the Americas concerts; and IRS fiscal sponsorship and administrative services to 21 established and emerging ensembles and organizations.

GEMS is supported by fees for services; grants from The New York City Department of Cultural Affairs, The New York State Council on the Arts, The Howard Gilman Foundation and other private foundations, and generous individual donors.

Oniel Brown, 42, Arrested For The Murder Of Marvin Bellamy, 37 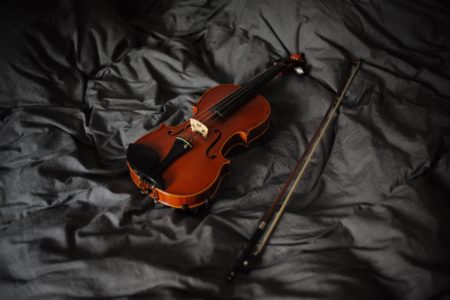 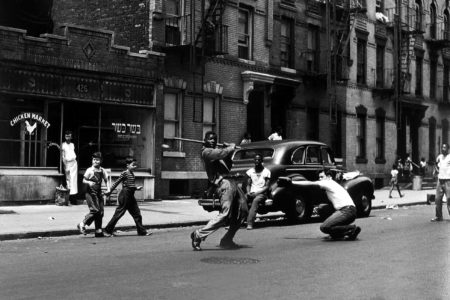